The new model is called the XE300M22-B01US, and in terms of hardware it’s pretty much identical to the XE300Mww_A01US that launched in mid-2012. But Samsung has given the new model a shiny new plastic case. 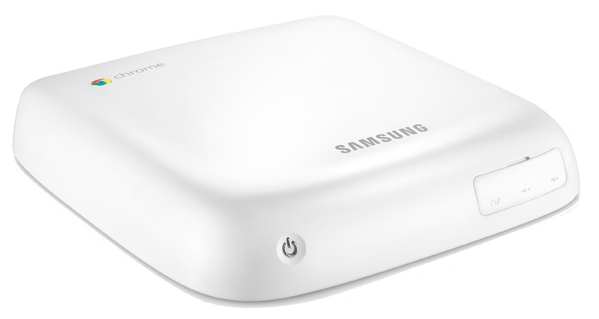 Overall the new model looks more like an appliance and less like a computer thanks to its simple design and rounded corners. It actually has exactly the same audio, video, Ethernet, and USB ports as its predecessor, but the front-facing ports are now covered by a plastic door.

There’s no VGA port, but you can buy an adapter that lets you connect one.

The new model isn’t available for purchase in the US yet, but it went on sale in the UK recently. In the meantime, if you’re really interested in a desktop computer that weighs less than 3 pounds and runs Chrome OS, you can pick up the older model from Staples for just $300.