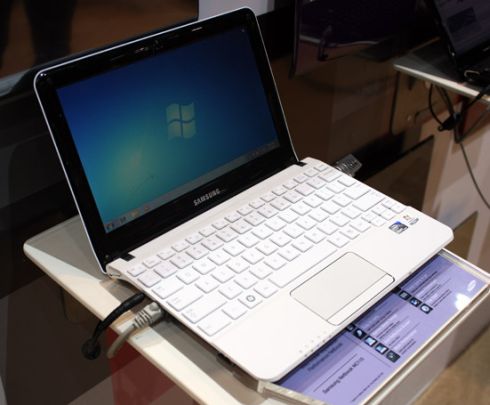 Without drawing much attention, Samsung slipped a couple of new netbook models into its enormous booth at CES this year. The company spent most of its time promoting eye-catching new computers like the Samsung Sliding Series computer and uber-thin and uber-expensive Samsung 9 Series laptop. But the folks at Notebook Italia also spotted a few new 10 inch netbooks including the Samsung NC110, Samsung NC210, and Samsung NS310.

Both of these netbooks also feature a new case design that appears to dip down toward the back of the netbook, as well as matte displays.

The NS310 looks a lot like the pretty-much discontinued N310, but it has a metal chassis instead of the rubberized case found on the earlier model and it also has a backlit keyboard — something you don’t often find on netbooks.

There’s no word on when or where these models will be available. Samsung is an international company and has a habit of releasing some computers in certain parts of the globe without their ever finding their way to the US.