For years Android phones have lagged behind iPhones when it comes to OS updates. But recently we’ve seen a growing number of Android device makers commit to delivering major OS updates for at least 2-3 years and sometimes promise security updates for even longer.

Earlier this year Samsung said it would deliver at least 4 years of security updates for most recent Galaxy devices launched since 2019. Now the company says customers with some Enterprise Edition devices will get updates for 5 years. 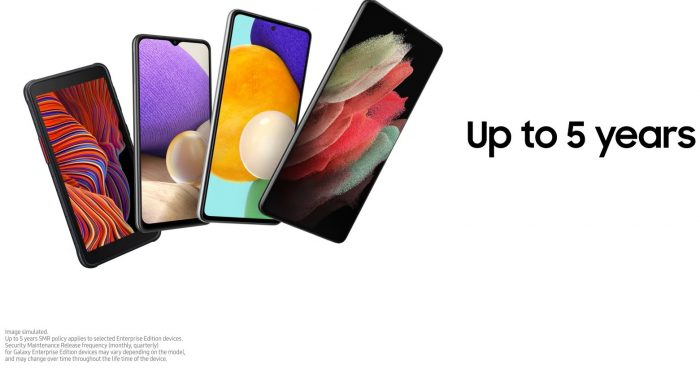 The company made the announcement during its Mobile World Congress 2021 virtual event, and elaborated on its Enterprise Edition website that 5 years of updates will be delivered either monthly or quarterly for recent devices including:

All recent Samsung Galaxy Enterprise Edition (or consumer edition) devices not explicitly listed above should get 4 years of updates.

It’s unclear if this new commitment will remain an exclusive, premium feature for enterprise customers or if we could also see the 5 year promise come to the mainstream versions of these phones in the future.