The Samsung Chromebook 2 is an 11.6 inch laptop with an Intel Celeron N2840 Bay Trail processor, a compact design, and the same sort of fake stitched-leather cover on the lid that you’ll find on some recent Samsung smartphones.

Wish the system ran Windows software instead of Chrome OS? It turns out Samsung does offer a Windows version in some markets. 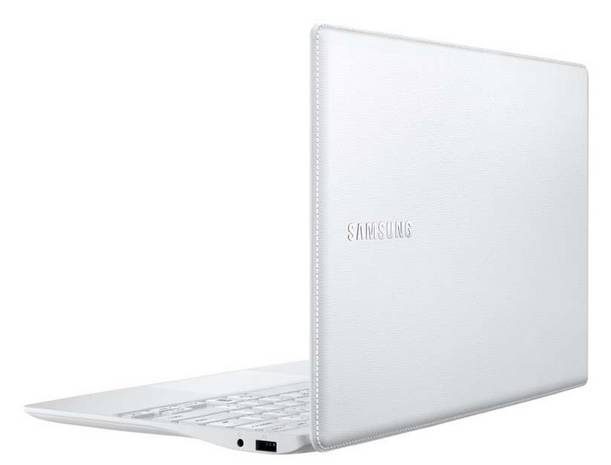 The Samsung NP110S1J has the same case, processor, and screen. But this model has 4GB of RAM instead of 2GB, 128GB of solid state storage instead of 16GB, and it runs Windows 8.1 instead of Chrome OS.

There’s a catch though: I haven’t seen any evidence that this model is offered outside of Asia.

I spotted the notebook in a shop in Hong Kong recently, and noticed that it seems to be available in China as well. In fact, it looks like this may be the same laptop first launched in Samsung’s home market of South Korea in mid-2014 as the Samsung Ativ Book M. At the time it had a slightly less powerful Celeron N2830 processor though, and a relatively high price tag of about $767.

The laptop seems to sell for closer to $540 in Hong Kong, where laptops are typically a little more expensive than in the United States (although there’s no sales tax in Hong Kong).