Samsung’s high-end Notebook 9 series laptops aren’t the only ones getting an 8th-gen Intel Core processor update ahead of the Consumer Electronics Show. The company has just announced that it’s updating its Notebook 7 Spin convertible laptop with a new 2018 model sporting a quad-core Intel Core i5 processor.

The Samsung Notebook 7 Spin (2018) should be available this quarter, which means it should hit the streets by the end of March. 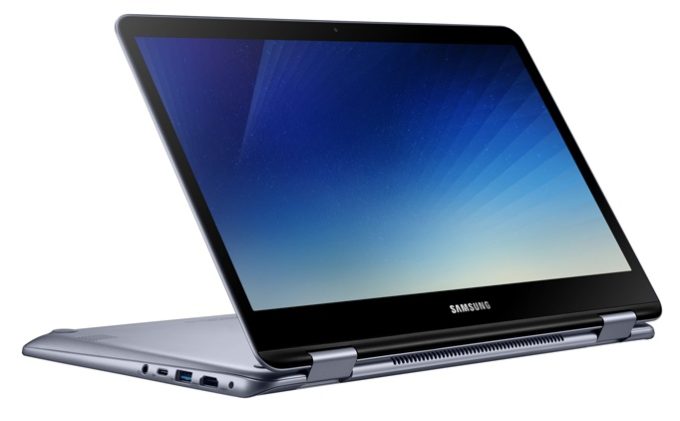 The convertible laptop features a 13.3 inch, 1920 x 1080 pixel touchscreen display and a 360 degree hinge that lets you use the computer in notebook or tablet mode. It ships with 8GB of RAM and 256GB of storage, has a metal chassis, and measures 0.7 inches thick and weighs 3.4 pounds.

Samsung will ship an active pen with the Notebook 7 (2018), allowing you to write or draw with precision. The computer also features a fingerprint sensor, a USB Type-C port, a USB 3.0 ports, a USB 2.0 port, an HDMI port, and a headset jack. It has a backlit keyboard and a 43 Wh battery.

Samsung hasn’t announced the pricing for the new convertible laptop yet, but the Notebook 7 line tends to be a little less pricey (and also a little less svelte) than the company’s Notebook 9 series.

Last year’s Notebook 7 laptops were priced at around $799 and up, wile the Notebook 9 series sold for $999 and up.