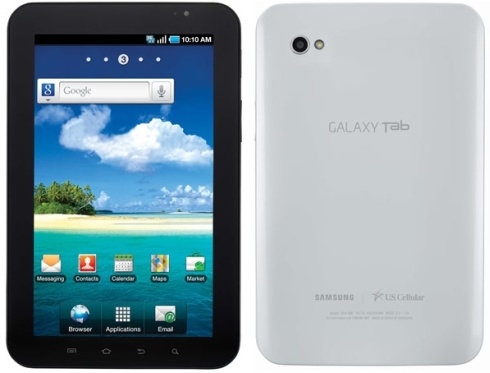 Samsung has announced that it will not be releasing an official Android 4.0 update for the original 7 inch Galaxy Tab or the Samsung Galaxy S, one of the most popular Android smartphones on the market.

The reason? They simply don’t have the hardware to support a decent user experience. And by decent experience, I mean after Samsung loads its TouchWiz software on top of Android and wireless carriers bundle whatever extra software they want to install.

See, here’s the thing. Under the hood the Samsung Galaxy S and Galaxy Tab 7″ are a lot like the Samsung Nexus S (Google’s last-generation developer phone). All three devices have 1 GHz Samsung Hummingbird single core processors and 512MB of RAM.

The difference is that the Nexus S ship with just Google’s software and none of Samsung’s. That’s why Google is pushing out Android 4.0 for the Nexus S right now, but Samsung says that similar hardware can’t support the operating system — because Samsung’s own software increases the resource usage.

The good news is that newer Samsung devices such as the company’s 8.9 inch and 10 inch tablets and the Galaxy S II smartphone will all get Android 4.0 Ice Cream Sandwich. The bad new is that millions of Galaxy S owners are going to be left behind — unless they void their warranties, root their phones, and install custom ROMS such as CyanogenMod 9.

9 replies on “Samsung: No Ice Cream for the Galaxy Tab 7″ or Galaxy S smartphone”