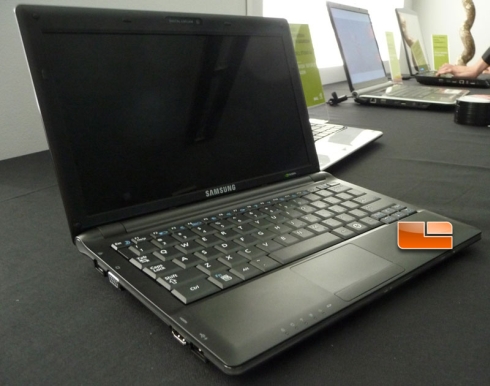 Samsung’s upcoming N510 is the company’s first laptop based on the NVIDIA ION platform which bundles a low power Intel Atom CPU with a higher performance NVIDIA GeForce 9400M graphics processor. The laptop will sport an 11.6 inch, 1366 x 768 pixel display, and a 1.66GHz Intel Atom N280 CPU. But you already knew that. Here’s what’s new: two sites are showing close-up photos of the new notebook.

Legit Reviews and Blogeee both have images, from what appears to be the same press event in France. The N510 looks a lot like the Samsung NC20, which has a 12.1 inch display and VIA Nano processor. But in addition to having a smaller screen, the N510 has an HDMI port for HD video output.