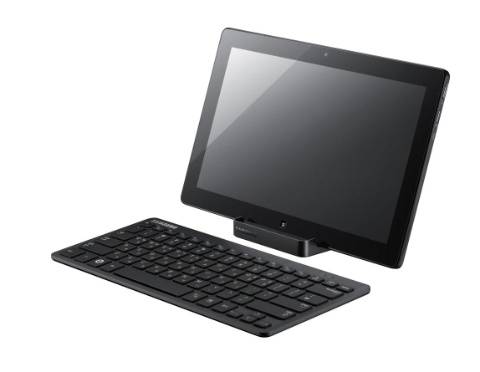 Microsoft recently flashed a tablet prototype that the company says will be one of the first tablet computers to run the upcoming Windows 8 operating system. All we know for certain about the tablet at the moment is that it’s supposed to be a quad-core device and it looks reasonably thin and light. But there’s a story going around suggesting that Microsoft will unveil a tablet running Windows 8 at the BUILD developer conference next week, and that the tablet was built by Samsung.

The news certainly seems plausible. Samsung recently introduced a new Windows 7 tablet called the Samsung Series 7 Slate. While the slate has an Intel Core i5 dual core processor, it certainly looks a lot like the Windows 8 prototype Microsoft showed off in August.

It’s not clear if that means Microsoft will use the Series 7 Slate to demo Windows 8 next week or if Samsung is working on a special version that may have a different chipset. If it really is a quad-core machine, it seems more likely that the tablet would have an ARM-based processor than an Intel chip, since a quad-core x86 chip uses far more energy than an ARM chip. If Microsoft and Samsung want to show a device that gets more than a half hour of battery life, ARM technology seems like a safer bet.