Qualcomm’s Snapdragon 800 processor may be one of the fastest ARM-based chips around. But that doesn’t do you any good unless you can actually buy a phone or tablet using the new chip.

We already know that LG’s next flagship phone will pack the Snapdragon 800 chip, and it looks like Lenovo and Samsung have models in the works as well. 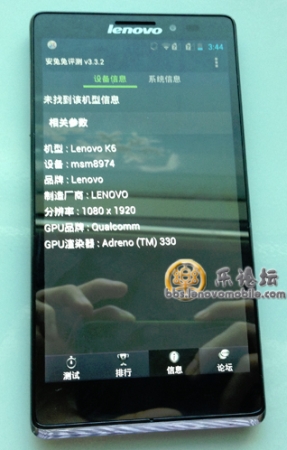 Right now the Samsung Galaxy S4 is available in two versions. There’s a model with the Samsung Exynos 5 Octa chip, and another with a Snapdragon 600 processor.

Last month a new model with a Snapdragon 800 processor was tipped. Now it looks like that model is getting closer to release.

Chinese device maker Lenovo is a relative newcomer to the smartphone space. But the company’s making up for lost time, and leaked specs and photos of a new phone show a device with Qualcomm’s speedy chip, a full HD display, and a rather nice looking case.

What we don’t know is whether this phone will ever be sold outside of China.