Samsung is updating it’s smartphone family with two new models for folks that like big screens (and who cannot lie). The Samsung Galaxy Note 5 and Galaxy S6 Edge+ both feature 5.7 inch, 2560 x 1440 pixel AMOLED displays with 518 pixels per inch.

So what’s the difference between the two phones? The Note comes with an S Pen digital pen, while the Galaxy S6 Edge+ is a pen-less model with curved edges on the left and right side of the screen.

Both phones will be available in the US and Canada starting August 21st. Pre-orders for US customers open at 3:00PM Eastern time. 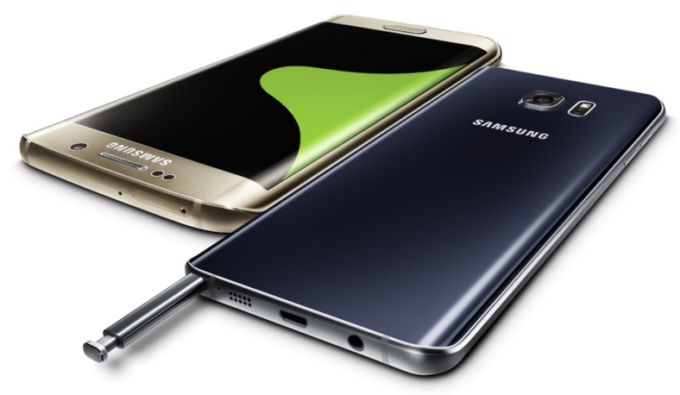 In terms of raw specs, these phones are pretty much the most powerful Samsung has launched to date. But it’s not just horsepower that makes them stand out.

The S Pen not only lets you write or draw on the screen thanks to pressure-sensitive input from a device with a more precise tip than you’d get using your fingers alone. But it also works with a suite of Samsung S Pen apps including new features that let you do things like write a note on the screen even when the display is turned off. You don’t have to unlock or turn on your device to quickly jot a note.

Samsung is also introducing a new keyboard cover which, as expected, adds a QWERTY thumb keyboard to the front of the phone, letting you tap out text BlackBerry-style. You can snap the keyboard onto the back of the phone for safe keeping when it’s not in use.

The Galaxy S6 Edge+ doesn’t have an S Pen, but it does have support for a new “Apps Edge” feature that lets you swipe from the edge of the display from any screen to bring up shortcut icons for your favorite apps or contacts. 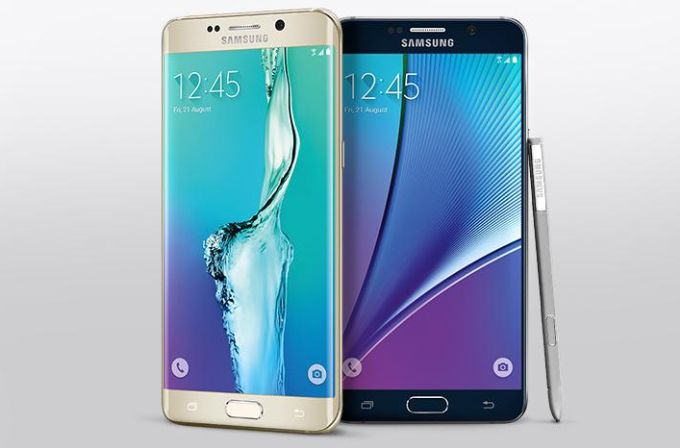 Other specs for the new phones include 16MP rear cameras with optical image stabilization hardware and software, 5MP front-facing cameras, NFC, 802.11ac WiFi, Bluetooth, 4.2, 3,000 mAh batteries with fast charging and wireless charging support for Qi and Powermat standards. Samsung says the phone support fast charging + wireless charging together, allowing you to fully charge the battery in about 2 hours while using a wireless charger.

Both phones will also be among the first to support Samsung’s mobile payment system, Samsung Pay.

They also support the upcoming 4G LTE category 9 standard, support recording 4K Ultra HD video, and have a live broadcast feature that lets you stream live 1080p video recorded with your phone’s camera over the internet to YouTube or to any person or group from your phone’s contact list.

Note that, like the Galaxy S6 and S6 Edge, neither of the new phones have microSd card slots or removable batteries.