Samsung isn’t the first name that springs to mind when I think of gaming laptops, but the company is trying to change that. After launching its first notebook designed for gamers in early 2017, the company is following up this year with the new Samsung Notebook Odyssey Z.

Samsung says the Notebook Odyssey Z will be available in Korea and China this month. It’s coming to the US in the third quarter of 2018. 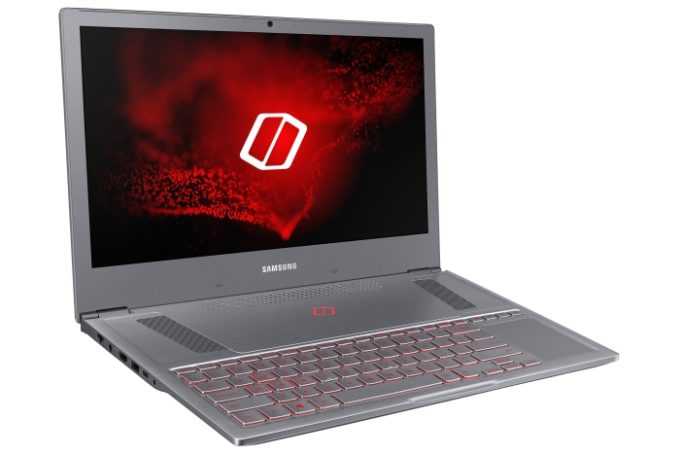 The notebook measures about 0.7 inches thick and weighs about 5.3 pounds, making it one of the thinnest Coffee Lake-H laptops announced so far, but not necessarily one of the lightest.

Under the hood it has a Core i7 processor, NVIDIA GeForce GTX 1060 Max-P graphics, and support for up to 16GB of DDR4-2400 memory and up to 1TB of NVMe PCIe solid state storage.

There’s a backlit keyboard and precision touchpad… which is placed on the right side of the keyboard rather than below it.

The company says the system helps push hot air out of the computer while circulating cold air above and below the hot components of the system to keep the heat from affecting performance while you’re gaming.

You can also enable a “silent mode” option if you want to reduce fan noise to as little as 22 decibels. Just keep in mind that you’ll likely lose a bit of performance in exchange for quiet operation.