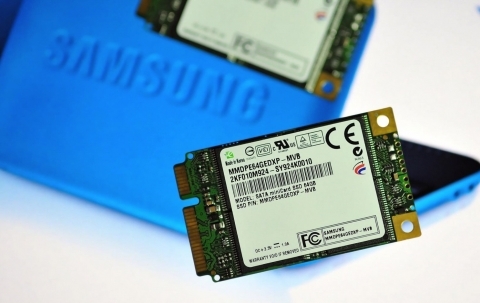 Samsung has launched a line of solid state disks for use in netbooks. According to PC World, they consume about 0.3 watts of power, which is less than a third of the power draw in Samsung’s 2.5 inch SSDs. Of course, the new SSDs are also slower and offer less storage capacity than those high end SSDs. The new Samsung SSDs come in sizes of 16GB, 32GB, and 64GB.

The SSDs have read speeds of around 200Mbps and write speeds of 100Mbps, which is pretty good for the low end SSD space, but still noticeably slower than the read/write speeds of higher priced disks.

The company is reportedly looking to partner with PC makers who could use the SSDs in netbooks either as primary storage or in addition to a hard drive. It doesn’t sound like the Samsung SSDs will be offered as a standalone product for netbook users looking to upgrade their storage.