Almost a year after promising to release software that would let you turn select Android phones into full-fledged Linux PCs, Samsung is now allowing users to sign up for its Linux on DeX beta program and the company says the private beta will officially launch November 12th.

In a nutshell, the software works by allowing you to download a desktop Linux distribution, set it up on a container, and launch it as if it were an Android app.

The cool thing is that by supporting Samsung’s DeX platform, you can connect a monitor, mouse, and keyboard to your phone and use it like a desktop computer — while running desktop Linux apps. 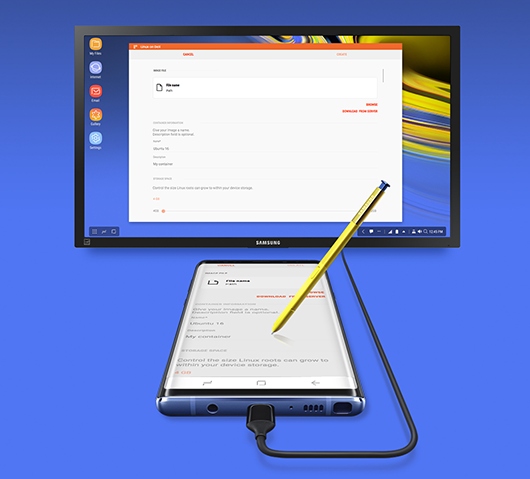 Samsung is accepting signups for the beta until December 14th and once you’re accepted into the program you’ll be prompted to install an app on your phone. You can either download a Linux image within the app or directly from Samsung’s website.

For now Linux on DeX has a few significant limitations:

It’s possible that you might be able to get other operating systems to work with some tinkering, but Samsung says the disk image available for download from its site has been optimized for the DeX platform.

The disk image itself is about 3.6 GB, but Samsung says you’ll probably want at least 8GB of free space on your device, as well as 4GB of RAM. If you plan to install additional packages, you’ll need more free space.

Samsung notes that Linux on DeX runs in full-screen mode, but you can return to the Android user interface by moving the mouse cursor to the bottom of the screen and leaving it there for a second or so to bring up the Android navigation buttons.

Don’t need a graphical user interface? Folks who are comfortable with a command line can use a terminal app to interact with Linux without switching to DeX mode. 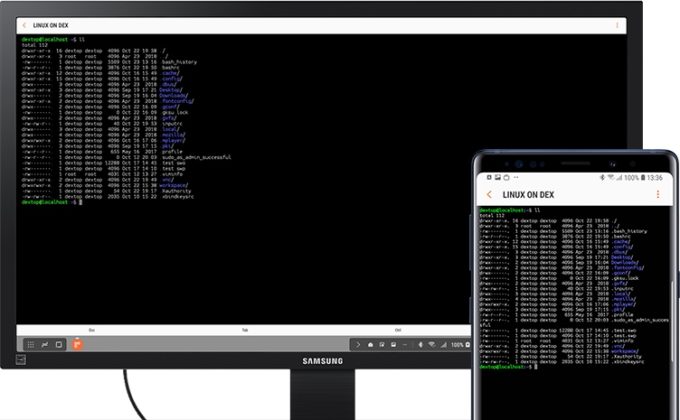