While there’s no shortage of cheap Android tablets on the market, Samsung is one of the only companies that continues to offer models for folks looking for an Android alternative to an iPad Pro.

The latest example is the company’s most powerful tablet yet.

The Samsung Galaxy Tab S6 basically puts the features you’d expect from a flagship smartphone into a device with a larger screen and a bigger battery, doubles the amount of speakers you’d expect, and adds support for an optional keyboard case.

With a starting price of $649, the Galaxy Tab S6 isn’t exactly cheap. But good luck finding another Android tablet that’s nearly as powerful and versatile. 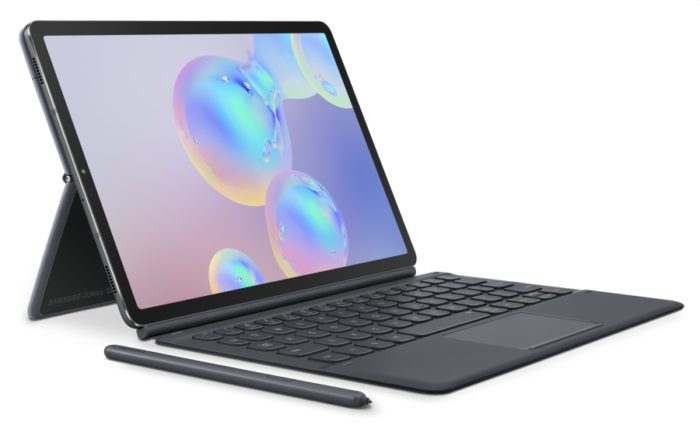 First, let’s get the specs out of the way:

A WiFi-only model goes up for pre-order starting August 23rd and it should be available in stores by September 6th. Samsung will also offer an LTE-enabled version later this year.

In addition to the fastest processor of any Samsung tablet to date, the new model also comes with an S-Pen that attaches to the side of the tablet magnetically for storage and charging.

Samsung’s DeX software has been updated, allowing you to use a desktop-like version of Android when you connect a keyboard cover or other supported accessories.

One thing the Galaxy Tab S6 doesn’t have? A headphone jack.

Of course, not everyone needs a $649+ tablet… and not all of Samsung’s Android tablets cost that much.