As expected, Samsung unveiled its next flagship phones at Mobile World Congress today. The 5.8 inch Samsung Galaxy S9 and 6.2 inch Galaxy S9+ look a lot like last year’s flagships… but they pack a bunch of new features under the hood.

Samsung’s latest phones are powered by Qualcomm Snapdragon 845 chips (or Samsung Exynos 9810 processors in some regions), feature full screen displays with slim top and bottom bezels and glass that wraps around the left and right sides of the phone, and a fingerprint sensor that’s on the back of the phone, below the 12MP rear camera.

Speaking of the camera, it’s got a variable aperture: you can switch between F/1.5 and F/2.4 settings, making it easier to take good shots in the dark, among other things.

The Samsung Galaxy S9 will sell for $720 and up, while the S9+ starts at $840. The phones will be available in stores starting March 16th. 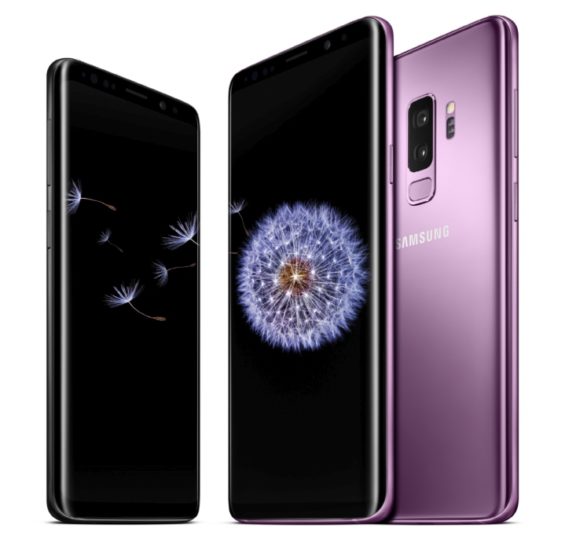 The rear camera can also shoot slow motion video at up to 960 frames per second (at 720p resolution).

Samsung includes a single camera on the back of the Galaxy S9 and a dual-camera system (with a second 12MP f/2.14 camera) on the larger Galaxy S9+, allowing you to shoot portrait-mode photos with a blurred background, among other things.

The larger model also has 6GB of RAM and a 3,500 mAh battery, compared with 4GB and 3,000 mAh for the smaller phone. Both feature at least 64GB of storage (and up to 256GB) and microSD card readers with support for cards up to 400GB. 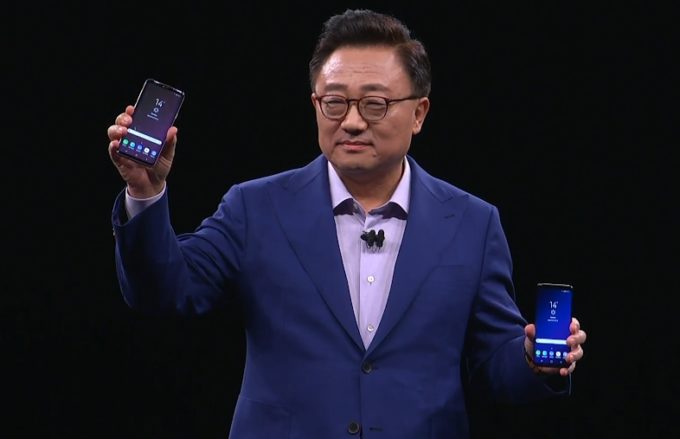 The phones also have 8MP front-facing cameras and a new feature that lets you scan your face to create personalized emoji (called AR Emoji) that look like you… in cartoon form. It’s sort of like Apple’s animoji, except instead of choosing from an existing group of animals or other characters, you get a picture that actually resembles you, for better or worse. 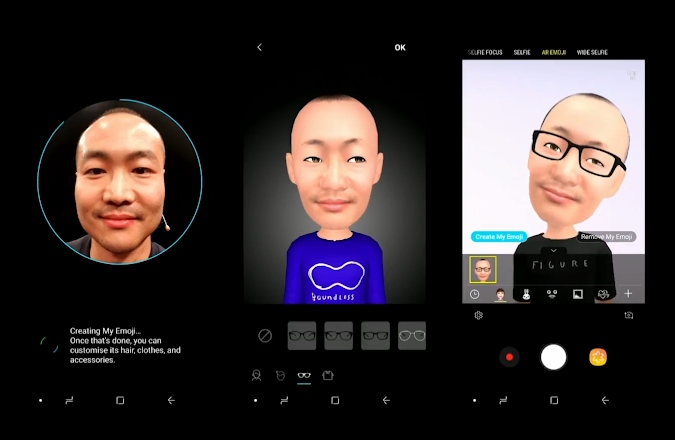 Samsung has also partnered with Disney to allow you to create AR emojis based on characters including Mickey and Minnie Mouse.

Other features include Bluetooth 5.0, 802.11ac WiFi, and 4G LTE Cat-18 support for download speeds up to 1.2 Gbps. The phone support iris scanning and face unlock for logging in without a fingerprint, PIN, or pattern.

Samsung also took a few digs at the Apple iPhone X during the Galaxy S9 launch event, pointing out that not only did Samsung keep the fingerprint sensor (and listen to user feedback by placing it below the camera instead of next to it), but also deliver a device without a camera cut-out in top of the display.

Of course, there are good reasons that Samsung could go notchless: the Galaxy S9 has a larger top bezel than the iPhone X, and a less complex camera and sensor system.

The company is also one of the few that continues to offer headset and SD card slots on its flagship phones.

Samsung has also updated its DeX platform that lets you connect its phones to an external display for desktop-style computing. The new DeX Pad is an optional accessory that lets you not only connect your phone to a big screen, but also use your phone as a touchpad and/or keyboard so that you don’t need any other accessories to enter text, control presentations, or get things done. 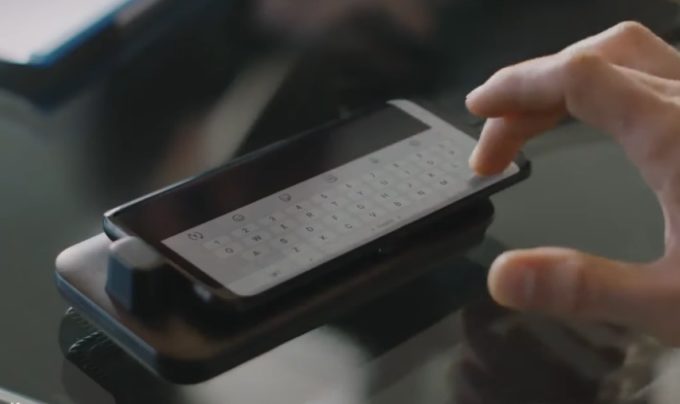 The DeX Pad also supports display resolutions up to 2560 x 1440, which is a step up from the 1920 x 1080 pixel resolution that the original DeX Station dock topped out at.

On the down side, the new DeX Pad lacks an Ethernet jack. But it does still have an HDMI port, two full-sized USB ports, and a USB Type-C port, allowing you to plug in a keyboard, mouse, or storage if you need them, and charge your phone while using it in desktop mode.

The Galaxy S9 and Galaxy S9+ should be available in March.