As expected, Samsung’s latest flagship smartphones come in two sizes: the Galaxy S7 is a 5.1 inch smartphone with premium specs and design, while the Galaxy S7 edge has a 5.5 inch display with curved edges. 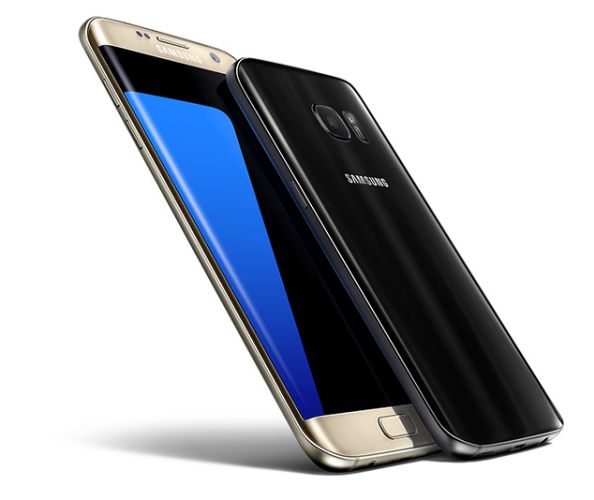 The Galaxy S7 has a 3,000 mAh battery, while the larger Edge model has a 3,600 mAh battery. But most of the hardware specs for the phones are identical.

Both feature 802.11ac WiFi, Bluetooth 4.2, NFC, and fingerprint sensors. Both are IP68 rated for dust and water resistance (it’ll survive beind dunked in about 5 feet of water for 30 minutes). And both will be available with either either 32GB or 64GB of built-in storage.

Samsung says the phones will be available with a Samsung Exynos 8890 octa-core processor in some markets (featuring four 2.3 GHz CPU cores and four 1.6 GHz cores), and a Qualcomm Snapdragon 820 quad-core chip in others (with two 2.15 GHz and two 1.6 GHz CPU cores). Both chips are 14nm, 64-bit processors, and according to initial benchmarks performed by AnandTech, they should offer similar performance.

The company says the “Dual Pixel” camera on the smartphones will capture “brighter and sharper images, even in low light” thanks to a wider aperture and larger pixels. The camera also supports fat shutter speeds and improved auto-focus features.

Samsung has also added an “Always-On Display,” which lets you view notifications on the AMOLED display even when the phone is sleeping. But the screen’s not really always on, because the phone can detect when it’s in your pocket or face-down on a tablet, and turn off the screen to save power.

The Galaxy S7 and S7 edge smartphones will go on sale in mid-March.