Samsung’s 2021 flagship smartphone lineup includes three models powered by the company’s new Exynos 2100 processor. On paper, the chip looks very competitive with Qualcomm’s new Snapdragon 888 chip (which will also be used for Galaxy S21 series phones as sold in some regions). And the new Samsung Galaxy S21 5G also pack plenty of RAM, storage, camera features, and if you opt for the top of the line model, an S-Pen stylus. 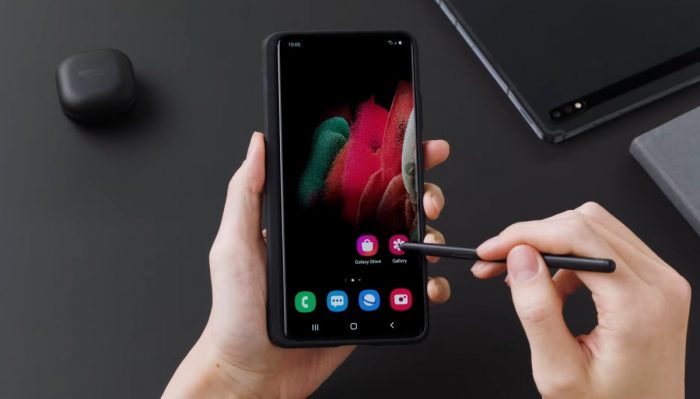 The S-Pen is sold separately as a $40 accessory for the Galaxy S21 Ultra 5G, but if you already have a pen from a previous-gen Galaxy Note or Galaxy Tab it should work with the new phone.

But one thing the phone doesn’t have is a slot for storing the stylus in the phone when you’re not using it. Instead you can purchase an optional case for $70 that stores the pen, or just keep it in your pocket, bag, or hand I guess.

Another thing that doesn’t come in the box with any of the Galaxy S21 series phones is a charger. Samsung figures most people probably already have one lying around. You do get a USB cable that should work with many existing chargers. Or if you need a new power adapter you can pick up a 25W fast charger for $20.

Samsung has also made one other change to its 2021 smartphone lineup that’s likely to disgruntle some folks: there are no microSD card slots in any of the new phones.

Here’s a run-down of key specs for the new phones:

All of the new phones feature stereo speakers, in-screen fingerprint readers that use ultrasonic technology, and IP68 water and dust resistance.

The smartphones will also ship with Android 11 and the Samsung One UI 3.1 user interface.