Samsung’s Galaxy Note 7 features a big screen, Samsung’s S-Pen stylus for writing or drawing, and specs that… quite frankly, look a lot like those for the smaller Samsung Galaxy S7 and S7 Edge phones which launched nearly half a year ago. There are a few new features though, include an iris scanner that you can use to login to your device or use Samsung Pay.

The Galaxy Note 7 is launching at an event in New York City today and it should be available in the US on August 19th. 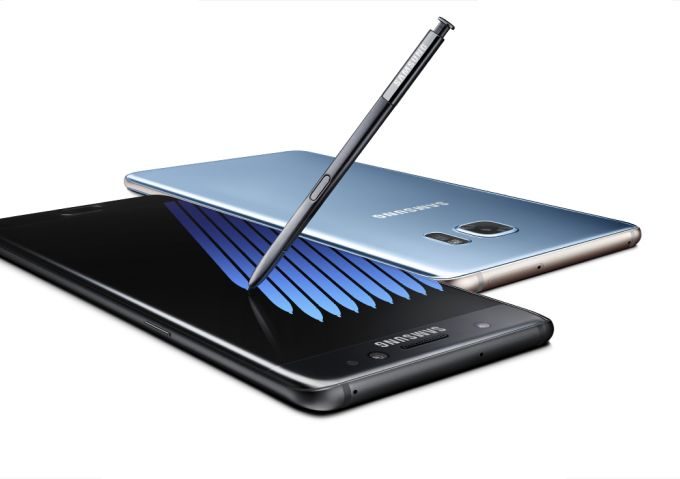 One of the most noteworthy things about the new phone is the name: the Samsung Galaxy Note 7 replaces the Note 5 in Samsung’s lineup. There is no Note 6. Apparently someone at Samsung decided it made sense to use the same number for both of the company’s latest flagship smartphone families.

As for the phone’s actual specs, here’s what’s included:

There are a few new S-Pen features, including the ability to translate words by tapping them with a pen. You can also use the S-Pen to control the phone even when it’s underwater and the touchscreen can’t detect your fingerprints.

Samsung is also launching a new version of its Gear VR headset which can accommodate the Samsung Galaxy Note 7. The new model also has a wider, 101 degree field of view. Earlier models supported 96 degree viewing angles.

Korea Times spilled the beans a bit early… as have a series of leaks including one that shows the back of the box the phone comes in, with some specs for the 5.7 inch smartphone. Engadget also has some hands-on impressions.