Samsung’s third smartphone to ship with the Tizen operating system is somewhat oddly called the Samsung Z2. It follows the Z1 and Z3. Go figure.

The new phone is launching in India, where it sells for INR 4,590 (about $68), and it’s the first Tizen smartphone to ship with support for 4ZG networks. 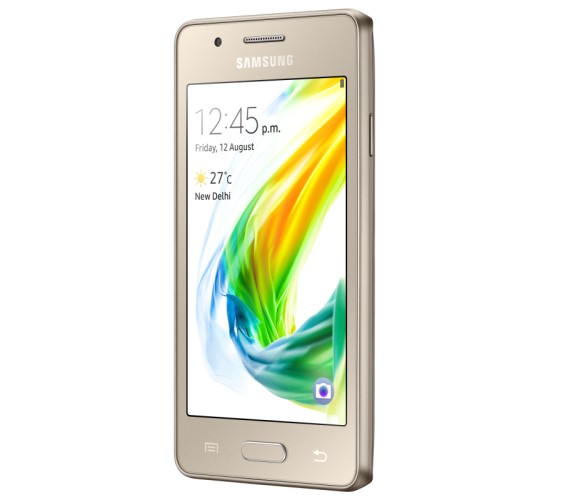 As you may have guessed from the price, the phone isn’t exactly a powerhouse. It features a 4 inch, WVGA display, a 1.5 GHz quad-core processor, 1GB of RAM, 8GB of storage, a 5MP rear camera, a VGA front camera, and a 1,500 mAh battery.

The phone does have dual SIM support and a microSD card slot.

Tizen is an open source, Linux-based operating system which is theoretically available for any device maker to use. But Samsung is the only company to release phones based on the software so far. Samsung’s smartwatches and smart TVs also use Tizen.

Still, Tizen phones make up a pretty tiny portion of Samsung’s portfolio, with most of the company’s phones running Android. But Samsung has been hedging its bets for a few years by trying to build a Tizen ecosystem, starting with entry-level devices like the Samsung Z2.