Samsung is launching its first processor based on a 20nm manufacturing process. The Exynos 5430 is an 8-core processor which pairs 4 ARM Cortex-A15 CPU cores with 4 Cortex-A7 cores.

It’s a lot like the company’s last few octa-core chips… but thanks to the move from 28nm to 20nm, among other things, the new chip should offer better performance while reducing power consumption.

The Samsung Galaxy Alpha smartphone will be the first device powered by an Exynos 5430 processor when the new metal-clad phone ships in September. 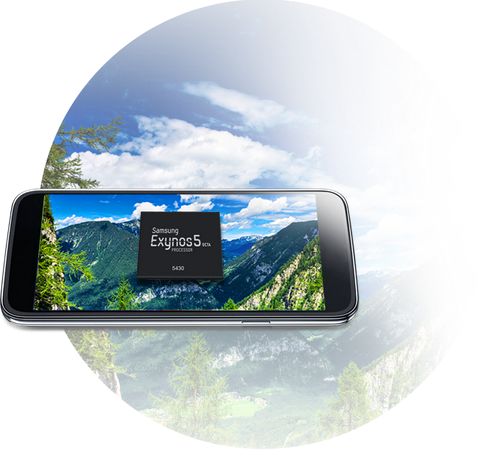 Samsung says the new chip will use about 25 percent less power than its predecessors, which helps justify the decision to use an 1860mAh battery in the Galaxy Alpha instead of a larger battery like the one used in the Galaxy S5.

While the Galaxy Alpha features a 720p display, Samsung says the new chip can also support devices with screen resolutions as high as 2560 x 1500 pixels and supports H.265 video playback.

Note that not every version of the Galaxy Alpha will use this chip: There’s also a quad-core version of the phone which will be sold in some markets.