As expected, Samsung is expanding its line of Chrome OS laptops with a new Samsung Chromebook 2 powered by an Intel Celeron N2840 Bay Trail processor.

The new Chromebook features an 11.6 inch display, 2GB of RAM, and 16GB of storage. It sells for $250, which makes it cheaper than a model with an ARM-based chip. Samsung charges $300 and up for a Chromebook 2 with an Exynos 5 Octa processor (although you can often find one for less). 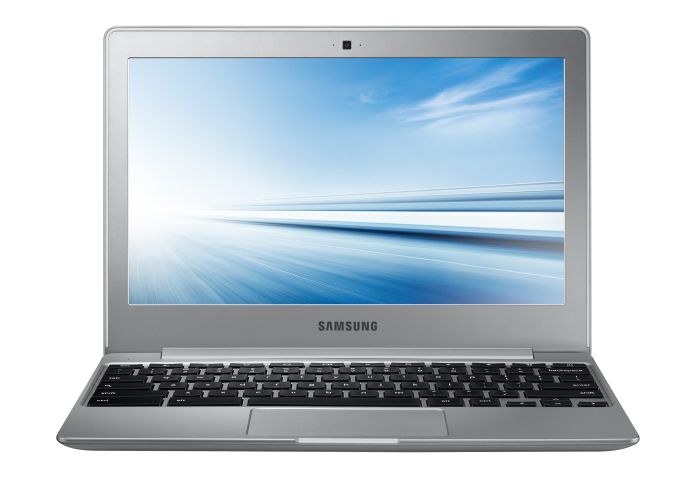 Like the ARM-based version, the Chromebook 2 with an Intel processor has a sort of fake stitched leather padding on the lid.

The notebook supports 802.11ac WiFi and Samsung says the Chromebook 2 features reinforced corners for drop protection, ports that are protected by metal, and a metal frame around the display.

One thing that helps set Samsung’s new Chromebook apart from the competition is a new “get help” button. As CNET reports, customers will be able to press the on-screen button to get support from a Samsung representative over the internet. It’s sort of Samsung’s answer to Amazon’s Mayday button for Fire tablets and it could be helpful for folks who are new to Chrome OS or to computers in general.

The Samsung Chromebook 2 with an Intel Celeron N2840 processor should be widely available starting October 20th.