Samsung seems to be intent on using the Linux-based Tizen operating system to power as many of its upcoming devices as possible. While Tizen has yet to take off as a smartphone or tablet operating system, Samsung already offers cameras, smartwatches, and fitness trackers powered by Tizen.

Now Samsung has unveiled a Tizen software developer kit for televisions. The goal is to get developers to create third-party apps that can run on Samsung smart TVs. 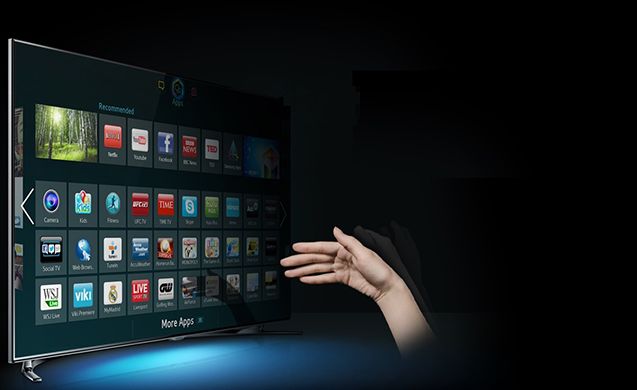 Samsung plans to make a beta version of the SDK available to developers in July, allowing them to create TV apps using HTML5 and the Caph framework.

The SDK should help more app makers design software that lets you stream internet video, receive news updates, play games, or perform other actions on Samsung smart TVs. But the SDK also includes support for new features such as the ability to control your TV using voice commands or hand gestures. Developers can also create apps with multi-screen functionality by linking your TV to a smartphone or tablet so you can view some information on a mobile device and different information on the big screen TV.

Samsung’s announcement comes on the eve of the 2014 Tizen Developer Conference… and a few weeks before the 2014 Google I/O conference, where Google is expected to unveil its next-generation software for smart TVs, called Android TV. Meanwhile, rival LG is already using its own mobile OS turned TV OS on smart televisions. The first webOS-based smart TVs launched this year.