Samsung unveiled the first members of its new Galaxy Tab A series of mid-range tablets this week. They come in 8 and 9.7 inch sizes, feature quad-core 64-bit processors, and have 4:3 aspect ratio displays.

We first learned about the tablets when Samsung held an event in Russia. Now Samsung Netherlands has issued a press release with more details: including the fact that at least one model will be available with an S-Pen. 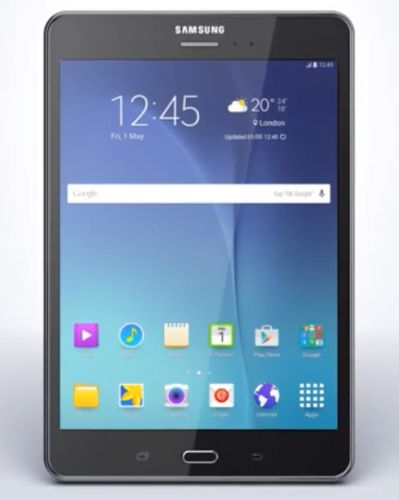 Samsung’s S-Pen is a digital pen that works with an active digitizer to enable pressure-sensitive writing or drawing on the screen. You can also hover the pen over the tablet to interact with certain apps without touching the screen.

Other features include 1.5 GB of RAM, a 5MP rear camera, a 2MP front camera, a 1024 x 768 pixel display and a relatively compact design: the tablet measures about 0.3 inches thick and weighs about 1 pound.

There’s no word on whether this model will be available in the US or other markets anytime soon.

5 replies on “Samsung introduces Galaxy Tab A with S-Pen”