Samsung’s flagship phones pack premium specs, design… and price tags. But now the company has unveiled two new “Lite” editions of its latest phones for folks looking for something a little more affordable.

The Samsung Galaxy S10 Lite and Galaxy Note 10 Lite have some of the key features of their pricier counterparts including multiple cameras, hole-punch displays, and an S-Pen (for the Note 10 Lite, at least). But Samsung is skimping in a few areas — the screen resolution is lower, for instance.

Samsung hasn’t announced the actual pricing or availability details yet, but all signs point to “less than their non-Lite counterparts” and “soon.”

Both new phones feature 6.7 inch, 2400 x 1080 pixel Super AMOLED displays with a 20:9 aspect ratio and an “Infinity-O” design, which means there’s a hole-punch cut-out for a front-facing camera. Samsung equips both phones with a 32MP front-facing camera and an in-display fingerprint sensor. And both phones also support face recognition, both feature feature 4,500 mAh batteries, and both support 25 watt fast charging and feature microSD card readers (but no headphone jacks).

The similarities continue under the hood — both phones feature 128GB of storage and come with either 6GB or 8GB or RAM. Both will also ship with Android 10 software.

So how are the phones different from one another? 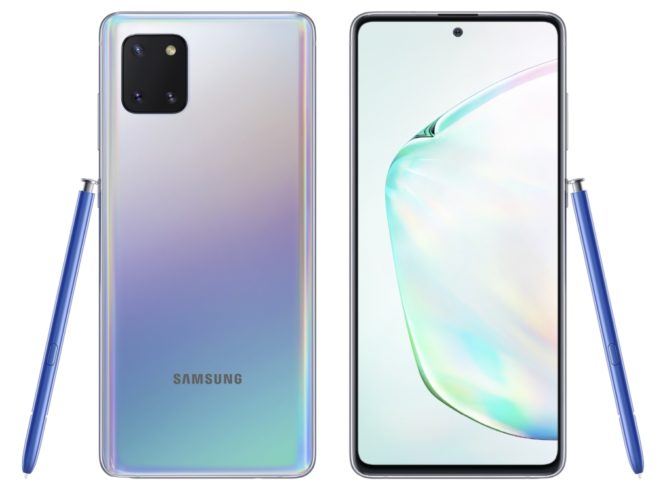 This model has a triple camera system on the back featuring a 12MP ultra wide-angle camera, a 12MP wide-angle camera, and a 12MP telephoto camera. And if it’s what’s inside that counts, the phone features a 10nm Samsung Exynos 9810 octa-core processor. 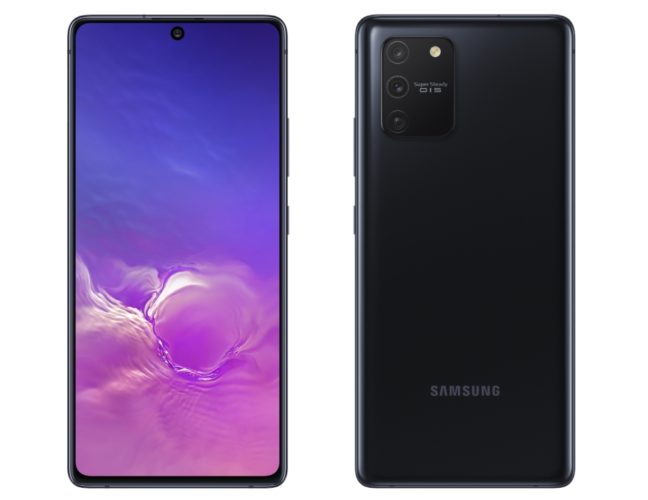 The Galaxy S10 Lite has a 7nm Qualcomm Snapdragon 855 processor and a different rear camera setup consisting of a 48MP wide-angle camera, a 12MP ultra-wide camera, and a 5MP macro camera.