Samsung has taken the wraps off the Samsung Galaxy S IV, it’s latest flagship phone. And it looks a lot like the company’s last flagship phone. Samsung says it’s thinner and lighter than the Galaxy S III, yet it features a larger, higher resolution screen.

But it still looks almost exactly like a Galaxy S III. 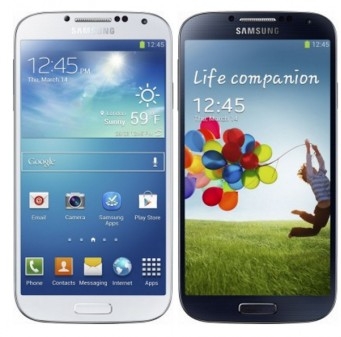 Samsung’s new phone includes an IR LED which you use the phone like a remote control for your TV or other home media center components.

The phone has 2GB of RAM, 16GB to 64GB of storage, and a microSD card for extra storage as well as a 13MP rear camera and 2MP front camera. It has a removable 2600mAh battery and ships with Android 4.2.2 Jelly Bean.

In the US the phone will have a 1.9 GHz quad-core processor, while the international version will use Samsung’s 1.6 GHz octa-core CPU. 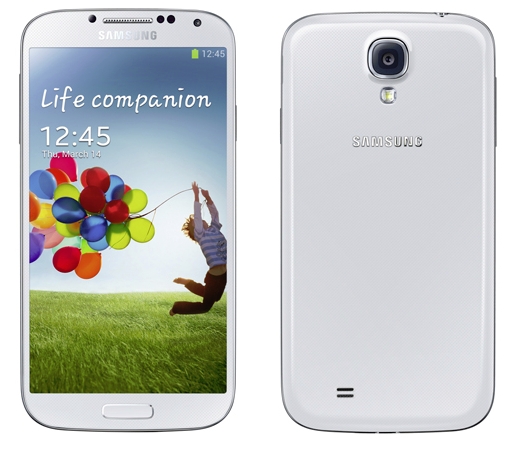 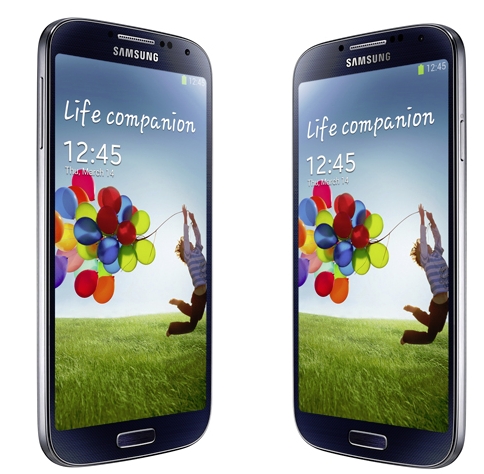 But Samsung the hardware only tells part of the story — Samsung has also built new software to take advantage of some of the new features including additional sensors. For instance, there’s Samsung’s new “Air View” software, which lets you interact with the phone without even touching it — just by waving your hand over the screen.

The Galaxy S IV has a dual camera mode which lets you actually record photos or videos using both the front and rear cameras at the same time — so you can take shots or record movies showing both what the 13MP rear camera is pointing at as well as a photo of the person taking the picture.

Samsung also added “Sound & Shot,” which lets you record a brief audio message that goes with each still photo if that’s the sort of thing you’re likely to want to do.

Samsung’s new S Translate software can translate between 9 languages using text to speech or speech to text — which means you can write out a question and have it spoken aloud, or use your phone to record a snippet of spoken language and translate it into text that you can read.

There’s also an optical reader which can translate written text captured with a camera.

Last year Samsung introduced eye tracking software which can keep the screen on the Galaxy S III smartphone from turning off while you’re looking at it — but the S IV goes a bit further.

Samsung’s new “Smart Scroll” software using facial recognition and other cues to keep track of what you’re looking at and scroll through content without requiring you to touch the screen at all. It can also pause a video when you look away from your phone using “Smart Pause.”

The phone also makes use of sensors to do things like monitor your heart rate, calories burned and even sleep as part of Samsung’s “S Health” software.

Samsung says the phone will be available from 327 mobile operators in 155 countries with availability starting in April.