Samsung has announced plans for a new chip it’s calling the Exynos 5 Octa. It’s sort of an 8-core processor, but it’s really probably better to think of it as a quad-core ARM Cortex-A15 processor with some extra power saving features.

That’s because the Octa uses ARM’s big.LITTLE architecture to pair four high-power CPU cores with four lower-power cores. When you need performance, the beefier chips will do the heavy lifting. When you can get by with the lower power cores, they’ll handle the grunt work to help reduce power consumption and give your phone, tablet, Chromebook, or other device longer battery life. 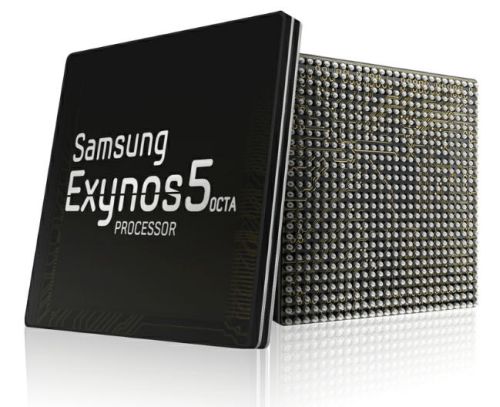 Samsung started talking about this design back in November, but during a press event at CES today, the company gave the upcoming chip the Octa name.

Update: Actually, ARM’s big.LITTLE architecture does allow you to use all 8 cores at once — so this really is an octo-core processors. It’s just that 4 of the cores will be much more powerful than the rest. thanks octobeast!

But ultimately it’s not the number of cores that are important here. While multi-core processors can improve performance in tasks that support multiple threads, improve battery life by distributing the load among different cores, and improve multitasking, there are other core architecture elements that affect a chip’s overall performance.

And that’s why we probably won’t know whether the Samsung Exynos 5 Octa, NVIDIA Tegra 4, or Qualcomm Snapdragon 800 will be king of the hill until all three chips are released later this year.

For now, Samsung’s dual-core Exynos 5250 ARM Cortex-A15 is already one of the most powerful ARM-based processors on the market.