Both also support pen input, making them some of the first Chromebooks with that feature. And both have convertible designs, which let you push the screen back 360 degrees and hold the 2.4 pound Chromebooks like tablets.

The one key difference is that the Chromebok Plus has an ARM-based processor, while the Chromebook Pro has an Intel Core M3 chip.

Samsung says the ARM-powered Chromebook Plus will be available in February for $449, while the Chromebook Pro will ship this Spring for a price that hasn’t yet been revealed. 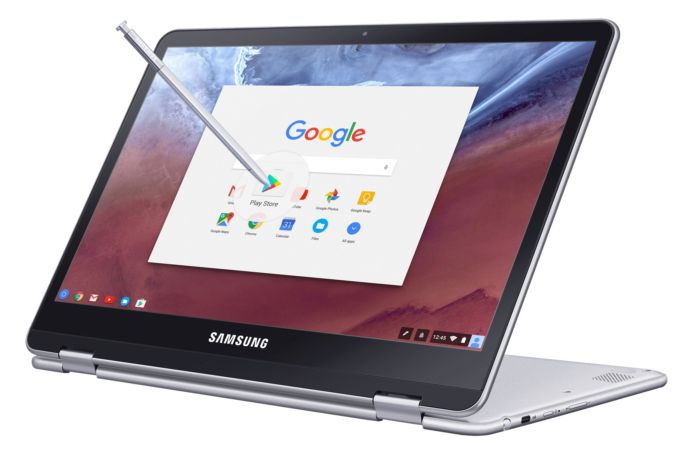 Each comes with a pressure-sensitive pen with a 0.7mm tip. The stylus is more like the small ones that come with Galaxy Note smartphones than the truly pen-like models preferred by digital artists. But it still opens up new ways to interact with Chrome OS through handwriting and sketching.

The Chromebook Pro features an Intel Core M3-6Y30 Skylake processor rather than a newer Kaby Lake chip, but it should still be enough to make that model more powerful than most Chrome OS laptops on the market.

Fun fact: details about the Samsung Chromebook Pro first leaked in October, but at the time we had no idea that it was just one of two new premium convertible Chromebooks from Samsung.