Samsung’s been offering Galaxy Note smartphones and tablets with a digital pen called the S Pen for writing or drawing for a few years, and the company keeps adding new features that makes the pen more useful, such as the ability to use it to capture screenshots, scrub video, and more.

Now Samsung is introducing an even more powerful version of its digital pen. It’s called the Advanced S Pen, and Samsung says it offers twice the sensitivity of the pen that comes with the Samsung Galaxy Note 4. 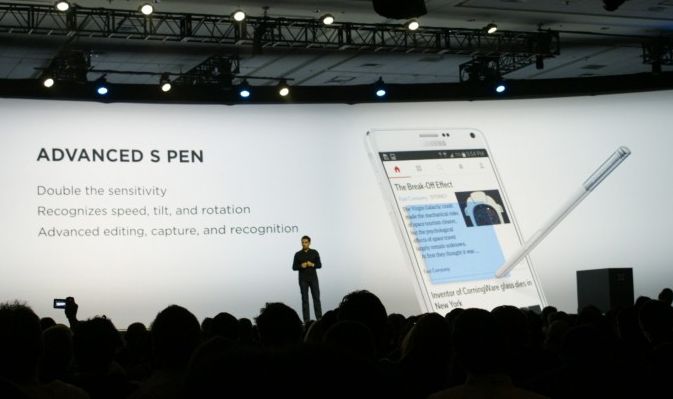 The Advanced S Pen will be able to work with the Galaxy Note 4 or Galaxy Note Edge and in addition to more levels of pressure sensitivity the pen will work with the phones to recognize speed, tilt and rotation.

Samsung will offer a new S Pen SDK so app developers can create software that takes advantage of the new features for editing, screen capture, and handwriting recognition, among other things.