It’s been more than two years since Samsung launched the original Gear Fit activity tracker. Now the company is introducing a new model with an updated design, GPS support, and a lower price tag.

The Gear Fit 2 is expected to sell for $179 when it ships later this year. 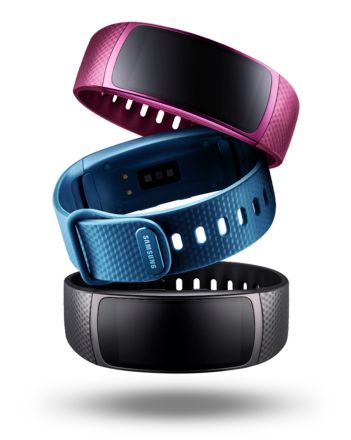 The Gear Fit 2 looks more like a wristband than a watch thanks to its elongated 1.5 inch, 216 x 432 pixel curved AMOLED display (which is a bit smaller than the 1.84 inch screen on the older model). The new model also has much more powerful software and hardware: while the original Gear Fit used RTOS, the Gear Fit 2 uses a Tizen-based operating system, just like most of Samsung’s smartwatches.

It has 512MB of RAM, 4GB of storage, a 200 mAh battery, and a series of sensors including a gyroscope, accelerometer, barometer, and heart-rate monitor. It connects to your phone via Bluetooth and can display notifications for appointments, calls, text messages, and apps. You can also use it as a standalone music player.

The Gear Fit 2 can also automatically detect a range of activities, including running, walking, cycling. Samsung says it can even tell when you’re using a rowing machine or elliptical trainer.

The activity tracker has an IP68 dust and water resistant designs and Samsung will offer versions with black, blue, or pink wristbands.

One area where the Gear Fit 2 falls short of the competition? Unlike devices from Fitbit, Xiaomi, Jawbone, Withings, and others, the Gear Fit 2 can’t sync with iPhones. You’ll need an Android 4.4 or later device to get the most out of Samsung’s new fitness tracker.