Samsung’s ATIV Smart PC Pro is a Windows 8 tablet with an Intel Core i5 processor, a keyboard dock that lets you use the machine like a notebook, a pressure-sensitive digital pen for writing or drawing, and a full HD display.

The ATIV Smart PC Pro normally sells for around $1129 and up, but now Samsung is outing a new model with a suggested retail price of $1600. What do you get for the extra cash? Built-in support for AT&T’s 4G LTE network. 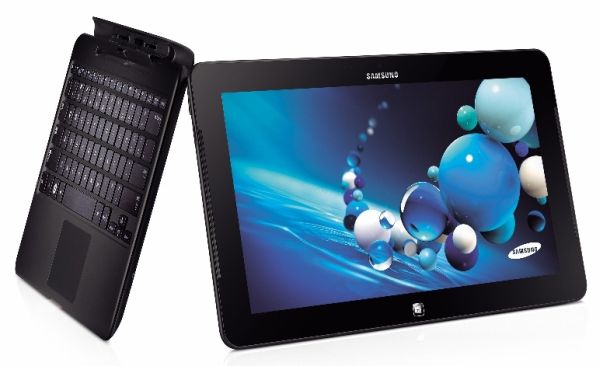 The Samsung ATIV Smart PC Pro 4G LTE 700TC is aimed at business customers, which could help explain the high price, even if it might not entirely justify it. After all, that $1600 price tag doesn’t actually include 4G connectivity. You’ll have to pay extra for a data plan.

Aside from the LTE module, the new tablet is pretty much the same as the WiFi-only version.