Most Android phones sold outside of China come with the Chrome web browser pre-installed. But if you buy a Samsung phone, you also get the company’s own Samsung Internet browser. Earlier this year the company released a beta version of the browser to the Play Store, but at the time it could only be installed on Google Nexus phones running Android 5.0 Lollipop or later.

Now Samsung Internet is available for any phone running Lollipop or a newer version of Android. It’s still beta though. 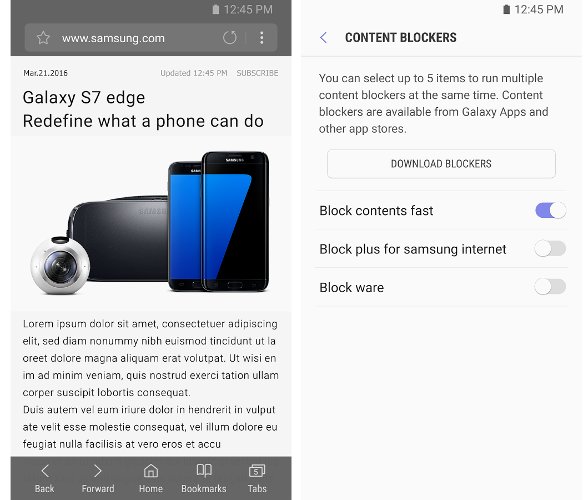 This is hardly the only alternative to Chrome available from the Play Store. Firefox, Opera, Dolphin, Maxthon, Brave, and Link Bubble are just a few of the many popular options.

But for an app developed by a phone maker, Samsung Internet is surprisingly not awful. Among other things, it supports extensions (including ad blockers), lets you switch tabs by swiping left or right on the URL bar, lets you watch videos in a pop-up browser while continuing to surf, and the browser’s web engine is based on Chromium, so any content that renders in Google Chrome should work in Samsung Internet.

If you’re switching from a Samsung phone to one from a different company, the ability to use Samsung’s browser could help ease the transition. But it may also be worth checking out if you’re just looking for an alternative to Chrome.