What happens if you take a modern touch-friendly operating system like Android and cram it on an old-fashioned flip-phone with a numeric keypad? Apparently you get something like the Samsung Hennessy, a smartphone with two 3.3 inch touchscreen displays.

When the phone is closed, it looks like a typical Android smartphone, although a rather small one with a large screen bezel. Open the lid and you’ve got a second display along with a full-fledged dialpad, direction-pad, and Android buttons. 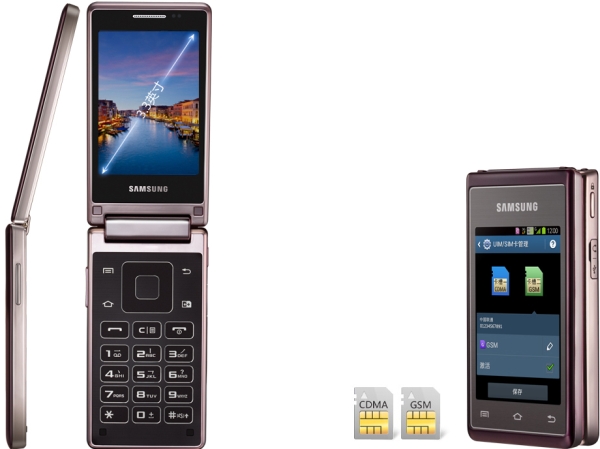 Samsung is expected to offer the Hennessy smartphone in China soon. It’s not clear if it’ll be offered in other countries anytime soon.

The Samsung Hennessy supports CDMA and GSM networks and has dual-SIM card slots. It also supports WiFi, Bluetooth, and GPS.

via SamMobile and Engadget