The Samsung Galaxy Note launched in Europe last year and recently went on sale in the US — and a Samsung executive tells Forbes it’s already sold 2 million of the devices which look like a cross between a phone and a tablet. 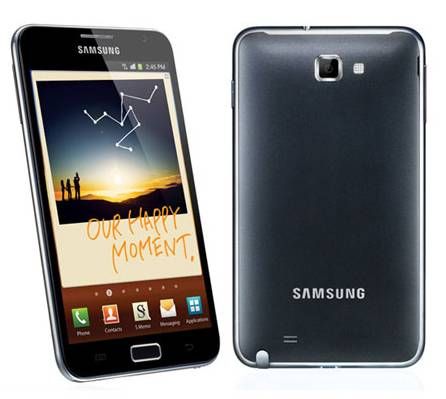 Sure, those aren’t exactly iPhone-level sales figures. But it’s not bad for a device that seems to have a bit of an identity crisis.

The Galaxy Note has a 5.3 inch, 1280 x 800 pixel display and a 1.4 GHz dual core processor. It can make phone calls and connect to the internet over mobile broadband networks like a phone. But it’s kind of enormous for a device that you hold up to your head to make a call, which makes it feel a bit more like a tablet than a phone at times.

Samsung also includes a pressure-sensitive pen for writing or drawing, something that’s more common on high-end Windows tablets than on Android smartphones.

But with 2 million devices sold, Samsung has either demonstrated that there is a demand for a product that falls somewhere between a phone and a tablet, or that the company is awfully good at marketing.

Forbes reports the company hopes to ship 10 million more Galaxy Note devices by the end of this year.

Samsung also plans to bring a larger Galaxy Note to market soon, but the Samsung Galaxy Note 10.1 is definitively a tablet. It has a larger 10.1 inch display and doesn’t make phone calls, but it will include a digital pen and Samsung’s S-Pen software for writing, drawing, and navigating with a stylus.