Samsung is no stranger to wearable devices: the company offers a wider range of smartwatches than just about any other. But the company’s next wearable is a bit more of niche device: it’s a virtual reality headset designed to work with a Galaxy Note 4 smartphone.

In fact, the Note 4 actually functions as the headset’s display. You just slide it into the headset and strap it to your head.

Update: Samsung says the Gear VR will sell for about $200, but that price doesn’t include the phone which you use as the display. 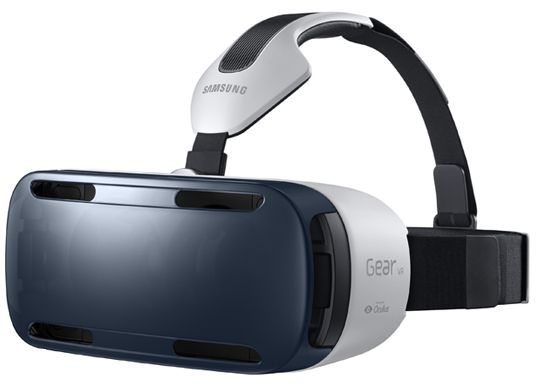 The Samsung Gear VR Innovator Edition was designed in partnership with Oculus, probably the best known VR headset maker at the moment.

But in some ways the Gear VR also feels a bit like Google Cardboard: something a DIY kit Google unveiled earlier this year that lets you turn many phones into virtual reality headsets by sticking them into a cardboard case with lenses designed so that each of your eyes views a different part of the screen.

The Note 4 and Gear VR features software that adjust images or videos as you move your screen. Samsung says you get a 96 degree viewing angle.

Gear VR features a series of sensors for head tracking, back and volume buttons, and a touchpad for navigation. There’s a mciroSUB port for connecting to the Note 4.

The kit also comes with a 16GB microSD card which features videos designed to be viewed in 360 degrees.