Say you’re playing a game, watching a 360-degree video, or traveling through foreign cities (or space) using a Samsung Gear VR headsets… but your friends or family are sitting on the couch next to you with no way to envision the wonders you’re seeing.

Now you can share your experience to a TV.

Oculus has announced that the Samsung Gear VR now supports Chromecast functionality, which means you can beam what you’re seeing to any Google Cast-enabled display. 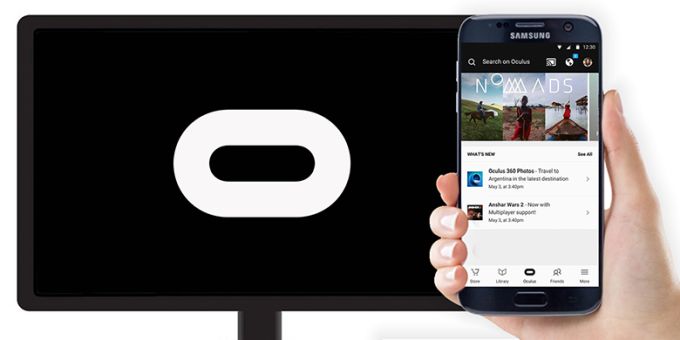 The experience isn’t completely seamless. You’ll need to hit the Cast button on your phone before dropping it into a headset. So if you’re doing something really cool and suddenly get the urge to share, you’ll have to eject the phone, press the button, and then resettle it into the Gear VR.

Also… there’s a good chance nobody actually wants to see you use Google Street View to explore Paris. But it’s nice to know you can share.

In related news, Google has promised that a similar feature is coming to its Daydream VR platform.