Samsung’s latest Gear VR headset is launching alongside the Galaxy S8 smartphone, and the new model comes with one key new feature: a wireless controller.

The next-gen Gear VR basically features the same hardware as the previous model, but it’ll be available with a controller starting April 21st for $130. 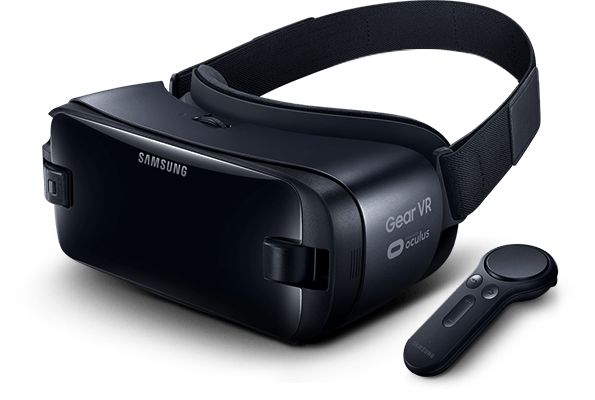 The headset works a lot like older models: your phone becomes the display when you latch any support Samsung phone into the front of the Gear VR, allowing you to interact with Android apps, games, and videos designed to offer 360-degree views and/or VR experiences.

What’s new is the handheld controller, which has a touchpad, home button, back button, and volume controls. It also works as a motion controller, allowing you to move your hand to interact with virtual environments.

In other words, the new Gear VR is basically Samsung’s answer to Google’s Daydream View headset, which also comes with a motion controller. But Samsung’s version is designed in collaboration with Oculus, which will also sell an optional gamepad for $60.

Oculus says it’s also updated its Gear VR software, making it load up to 3 times faster, doubling the pixel resolution of the Home screen, and introducing that 70 new apps and games will be available with motion controller support within the next few months (with 20 coming by April 21st).

Samsung will also offer the motion controller alone for $40 if you want to use it with an older Gear VR headset without paying for a new model.