Samsung’s first smartwatch with a round display is coming soon. How soon? Samsung says it will unveil the Gear S2 smartwatch at an event on September 3rd, just ahead of the IFA consumer electronic show in Berlin.

The company offered a brief teaser at the end of today’s press event for the Galaxy Note 5 and Galaxy S6 Edge+ smartphones. 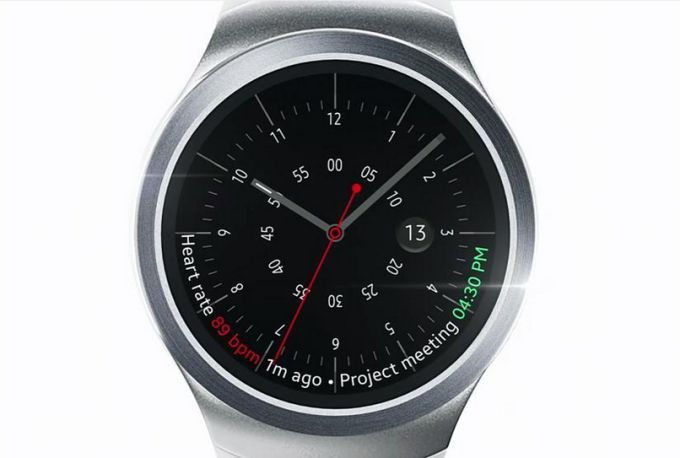 Samsung’s hardly the first company to reveal a smartwatch with a round display instead of a square or rectangular design. Motorola and LG already offer phones with a similar shape.

But Samsung’s will likely be the first such device to use the company’s Tizen Linux-based software.

Samsung had previously dropped hints that a round smartwatch was on the way. At the Tizen Developer Summit in July, the company showed off pictures of a generic round smartwatch and introduced tools that developers could use to create apps for a watch with that design.

Update: Samsung has posted the teaser video for the Samsung Gear S2:

While specs for the upcoming Gear S2 haven’t yet been revealed, Samsung told developers to expect a device with a 360 x 360 pixel display and Tizen 2.3.1 software.

During today’s teaser, we also saw a variety of software designed for a round screen, including an app launcher with little icons arranged in a circle around the edge of the screen, round watch faces, and at least one watch face that displays upcoming appointments and other details (such as your current heart rate) in a semi-circle at the bottom of the screen.