Samsung unveiled the Gear S smartwatch last week and began showing off the watch with a 2 inch screen and support for cellular networks at the IFA shows in Berlin this week.

Like most of the company’s other smart wearable devices, the Gear S runs an operating system based on Tizen Linux. Samsung also plans to use Tizen on smart TVs and smartphones eventually… but so far every attempt the company has made to launch a Tizen phone has been either scrapped or delayed.

So in some ways, the Gear S will actually be the first smartphone to ship with Tizen. 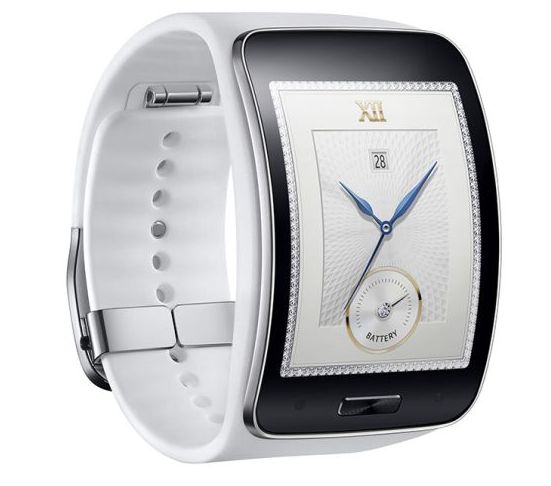 You can pair it with a phone to receive notifications on your wrist… but you don’t need a phone at all to use the Samsung Gear S. You can make and receive phone calls, listen to music, and do hundreds of other things without a separate phone.

The Gear S even has an on-screen keyboard, courtesy of Fleksy, so you don’t need to use voice controls or simple gestures for navigation. 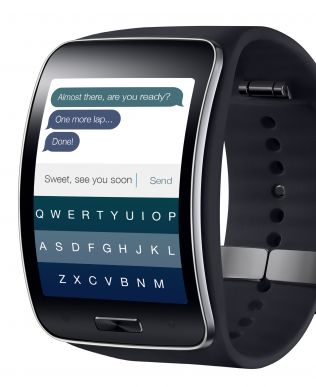 There’s one thing you do still need a phone (or tablet for): While there are over a thousand third-party apps in the Samsung Gear app store, you can’t actually access that app store from a Tizen-based smartwatch. You’ll need to use a phone or tablet to find apps and send them to the Gear S. Once you’ve done that, you can stick your phone in a drawer.

So while Samsung is positioning the Gear S as a watch, in some ways it’s really a phone… that you wear on your wrist. And as such, it could be a sort of foot in the door for bringing more Tizen-based smartphones to market.

If enough people buy these watches, it’ll help show that there’s demand for devices running the operating system. That could encourage more developers to write apps that take advantage of the watch’s phone and internet capabilities. And it’s possible some of those apps would help populate Samsung’s app store for Tizen phones if and when other, larger smartphones based on Tizen ever do make it to market.