Most smartwatches are wearable devices designed to work with your smartphone by displaying notifications on your wrist, letting you control music playback on your phone, or performing other symbiotic functions.

The Samsung Gear S is a smartwatch that can replace your phone… or at least it’ll work whether or not you happen to have a phone handy.

The Gear S features a 2 inch curved display, Tizen-based software, and the ability to make phone calls or connect to the internet without using your phone’s internet connection. 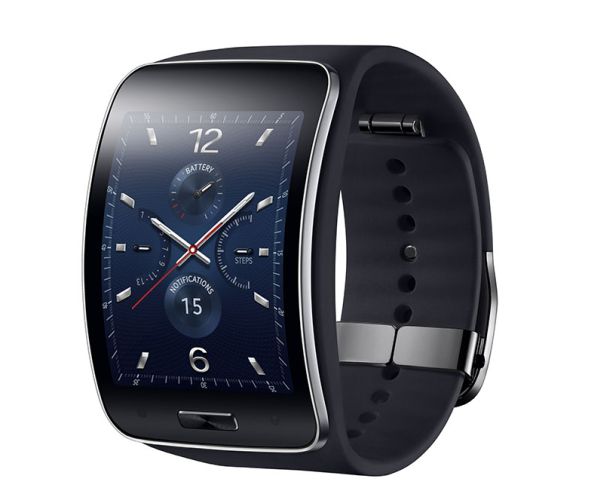 Samsung’s new smartwatch has a 2 inch, 360 x 480 pixel Super AMOLED touchscreen display, giving it a larger screen than most smartwatches. Since it’s a curved display though, it’s designed to wrap around your wrist a bit so hopefully it won’t feel any more cumbersome than a watch with a smaller screen.

It’s powered by a 1 GHz dual-core processor and features 512MB of RAM and 4GB of built-in storage. The watch IP67 rated for dust and water resistance and features an accelerometer, gyroscope, compass, ambient light sensor, and heart rate monitor. Samsung says the 300mAh battery should provide about 2 days of battery life.

Like the Samsung Gear 2 and Gear 2 Neo smartwatches, the Gear S runs a custom version of Tizen optimized for Samsung’s smartwatches. It features weather, news, navigation, and calendar apps as well as a music player, photo gallery, and voice controls.

While you can use a Gear S without a phone, you can also pair it with your phone to forward incoming calls or sync data with a phone.