The third Samsung smartphone with a foldable AMOLED display is coming in a few weeks. And it’s basically a spec bump over the Samsung Galaxy Z Flip which launched earlier this year.

The new Samsung Galaxy Z Flip 5G swaps a Qualcomm Snapdragon 855+ processor for the new Snapdragon 865+ chip, which means you get more performance and a 5G modem with the new model.

You’ll also have a pay a small premium — the Samsung Galaxy Z Flip 5G will be priced at $1450 when it goes on sale August 7th, making it a little more expensive than the 4G version which sold for $1380 at launch. 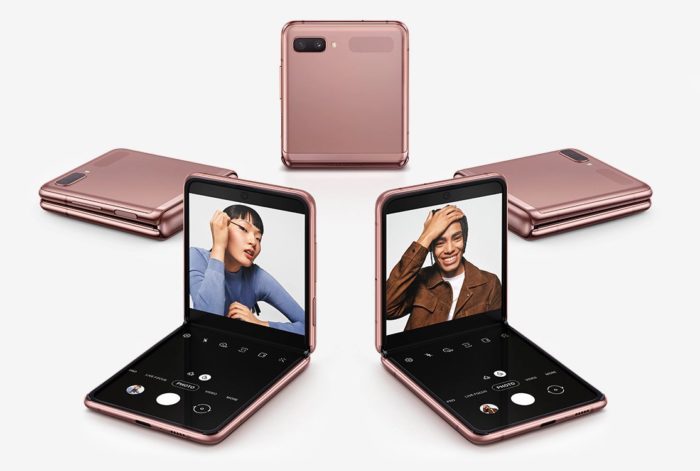 The Galaxy Z Flip 5G features a 6.7 inch, 2636 x 1080 pixel flexible AMOLED display that can be folded in half, allowing you to close up the phone and slide it into your pocket like an old-school flip phone.

Since there’s also a 1.1 inch, 300 x 112 pixel cover display, you can also view notifications and other information without flipping the phone open. And Samsung’s software lets you use the phone’s foldable mechanism to do some nifty things like view different apps on each side of the screen or stand up the phone while shooting a selfie or video, using just the top portion of the screen to see yourself.