As expected, Samsung had a ton of new hardware to show off at its Unpacked event today. In addition to the next generation of foldable smartphones, Samsung also had a pair of new wearables on display: the Galaxy Watch 4 and Watch 4 Classic. The big news: they pack massive processor upgrades and run Google’s Wear OS. 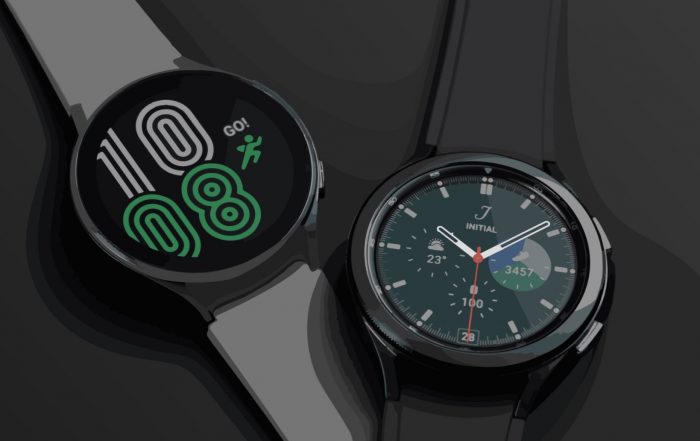 Let’s start with the chip. It’s a dual-core Exynos 920 processor clocked at 1.18GHz, and it’s only the third chip that is supported by Wear OS 3.0. The Exynos 920 is manufactured using a 5nm process and Samsung claims it performs 20% better than the chip it replaces, the Exynos 9110.

It also features a dedicated Cortex-M55 low-power processor that is responsible for the Watch4’s always-on display. Coupled with a bigger 361mAh battery in the larger sizes the new models will go longer than ever between recharges. Smaller sizes will benefit, too, though they retain the same 247mAh battery as in the Galaxy Watch 3. Samsung rates both at around 40 hours of normal use.

Also new in the Watch 4 is Samsung’s 3-in-1 BioActive sensor. It packs an optical heart rate sensor, electrical heart sensor, and a bioelectric impedance analysis sensor to paint a more complete picture of your overall health. One way the BioActive sensor does that is via Body Composition measurement. Place two fingers on the screen, and the Watch4 will analyze your skeletal muscle mass, BMI and metabolic rate. In some markets it’ll also track your blood pressure — though not in the U.S., at least initially.

Samsung has also bumped RAM from 1GB to 1.5GB and internal storage doubles from 8GB to 16GB. Screen resolutions are up from 360 x 360 pixels to 396 x 396 on the 42mm models and 450 x 450 on the 46mm models. The Watch 4 Classic also gets a more premium look with a rotating stainless steel bezel while the Watch 4 sticks with a slimmer, non-rotating aluminum one. 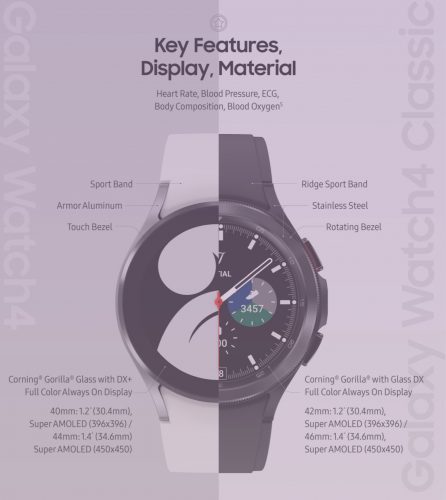 And yes, Samsung has dropped Tizen in favor of Wear OS. Samsung is layering is own One UI Watch on top but the Samsung’s watches will now have access to the full slate of Google’s apps for wearables, including Maps, Pay and YouTube Music. That means access to some very slick new functionality including listening to your YouTube Music playlists offline right from the Watch, turn-by-turn directions on your wrist that sync automatically with Maps on your phone and a vastly improved Tiles experience.

The Watch 4 starts at $249 and the Watch 4 Classic at $349 for the Bluetooth-only versions. Adding built-in LTE support will run you another $50. Pre-orders are open now and Samsung will start shipping on August 27.

via Samsung and Android Police