Three new Samsung tablets go on sale today, including two previously-announced models, and another that was kind-of-quietly-teased.

Meanwhile, the 17.3 inch Galaxy View2 is available from Samsung for $740 (or $37 per month for 20 months if you buy it from AT&T). All three devices run Google Android software. 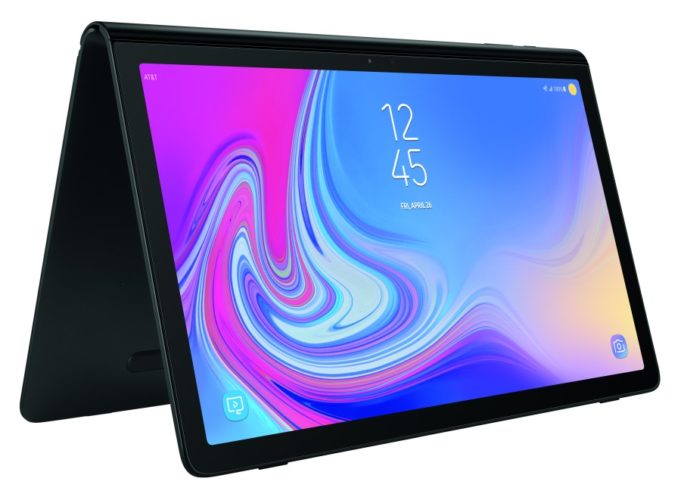 Samsung’s Galaxy View2 is certainly the most unusual of the bunch. It’s a big-screen device that’s as much a portable TV as a tablet. While it doesn’t have a TV tuner, you can use DirecTV Now or other apps to stream live or recorded TV over the internet, and the large display makes it something you can carry around the house and use in the kitchen, office, or anywhere else you may not have a TV.

With a built-in kickstand, you can prop up the tablet for watching, or collapse it for use on a table or lap.

A 12,000 mAh battery keeps the device running while unplugged, and there’s a USB 3.1 Type-C port for charging or data. And there’s a headphone jack and a 5MP front-facing camera if you want to listen privately and/or make video calls without disturbing folks around you.

If you’re wondering why this model costs so much more than Samsung’s smaller tablets, the big screen is probably only part of the answer — the Galaxy View2 is also a 4G LTE-ready device that can connect to AT&T’s wireless network.

It also supports 802.11ac WiFi and Bluetooth 5.0. There’s no word on if or when a cheaper WiFi-only model may be available.

This is a more traditional tablet, albeit a relatively premium model by Android tablet standards. 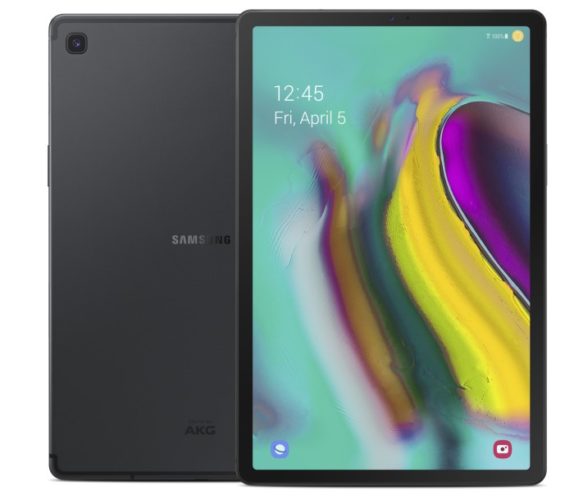 Other features include a fingerprint reader, front and rear cameras, a microSD card slot, quad speakers, a UBS 3.1 Type-C port, and GPS.

The Galaxy A series of tablets are generally cheaper, no-frills models, and this new version is no exception. 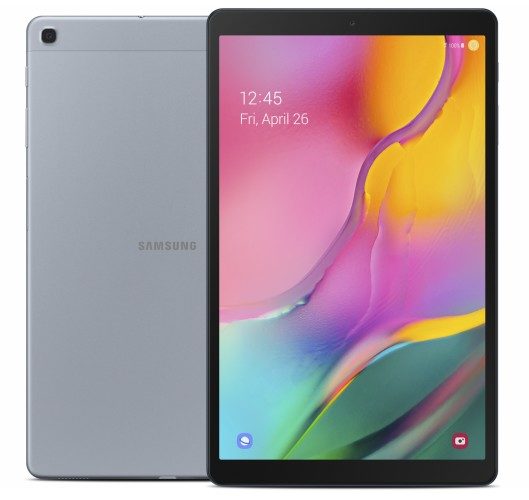 It has stereo speakers, a headphone jack, and a USB 2.0 Type-C port.