Samsung is expanding its flagship Android tablet line with a new model sporting a laptop-sized display, support for up to 16GB of RAM and 512GB of storage, and dual front-facing cameras designed for keeping you in the frame while on video calls.

The Samsung Galaxy Tab S8 Ultra features a 14.6 inch, 2960 x 1848 pixel 120 Hz AMOLED display and a Qualcomm Snapdragon 8 Gen 1 processor. It’s available for pre-order today and it will be available in select markets including the US, Europe, and Korea starting February 25, 2022. 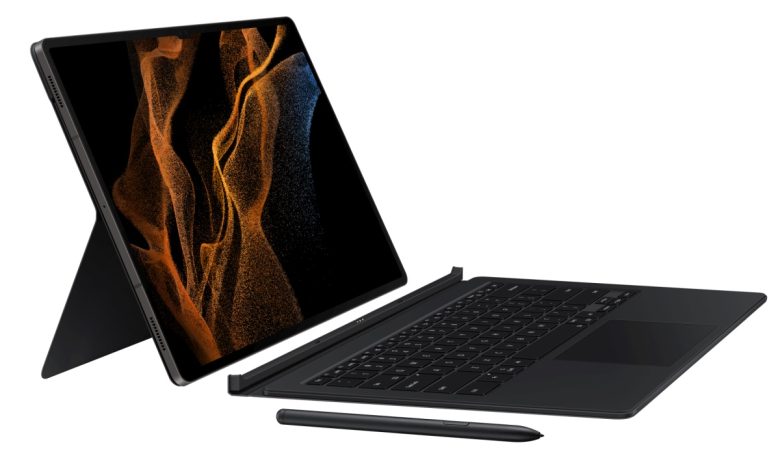 Weighing 726 grams (about 1.6 pounds), the Galaxy Tab S8 Ultra is a bit heavy by modern tablet standards. But it’s still lighter than most laptops (and about the same weight as the first-generation iPad, which had a 9.7 inch display).

Samsung’s new top-of-the-line tablet has an aluminum body and slim bezels around all sides of the display… which unfortunately means there wasn’t quite enough space to hide the front cameras in a bezel, so there’s a small camera notch.

The front camera system is made up of a 12MP wide-angle camera and a 12MP ultra-wide camera, with support for 4K video and auto-framing technology that keeps you centered when you’re on a video call and zooms in or out when additional people enter the frame. 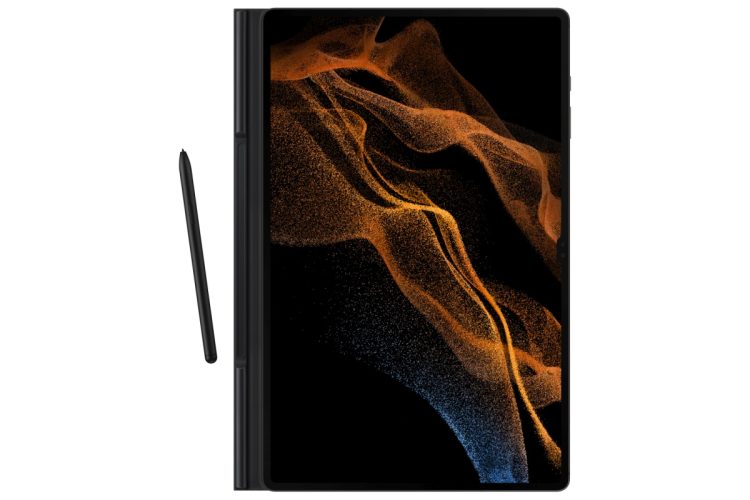 There’s also a 13MP primary camera on the back of the tablet plus a 6MP ultra-wide camera and an LED flash. And the Galaxy Tab S8 Ultra also has an array of 3 microphones.

The tablet has an 11,200 mAh battery and a USB 3.2 Type-C port with support for up to 45-watt fast charging. Other features include an on-display fingerprint reader, quad speakers with AKG and Dolby Atmos sound, support for WiFi 6E and Bluetooth 5.2, and some models may be available with 4G LTE and/or 5G. 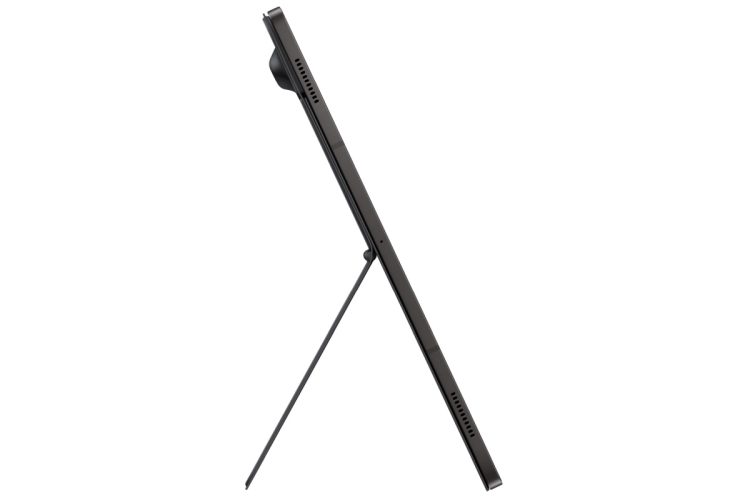 Samsung’s tablet ships standard with a low-latency pressure-sensitive S-Pen, while other accessories including a book cover or keyboard cover are sold separately.

The Samsung Galaxy Tab S8 Ultra will be available with 8GB, 12GB, or 16GB of RAM and 128GB, 256GB or 512GB of storage. Each model also has a microSD card reader with support for cards up to 1TB.

Samsung is also launching two smaller, lower-cost models: the Samsung Galaxy Tab S8 is a 1.1 pound tablet with an 11 inch tablet with a 2560 x 1600 pixel 120Hz IPS LCD display and a single 12MP front-facing camera (and no notch). It comes in 8GB/128GB and 12GB/256GB configurations and has an 8,000 mAh battery, and a side-mounted fingerprint reader.

Samsung is also throwing in a free keyboard cover for folks who pre-order the tablets.