It’s been over a year since Samsung launched its Galaxy S7 line of tablets, and while they’re still some of the most powerful Android tablets available, some of the specs (like the Snapdragon 865+ processor) are starting to look a bit dated.

The company has yet to officially unveil what’s next for its premium tablet lineup, but WinFuture has obtained pictures and specs for three upcoming tablets: the Samsung Galaxy S8, Galaxy Tab S8+ and Galaxy Tab S8 Ultra. Those specs were later confirmed by product listings that showed up on Amazon’s Italian website. 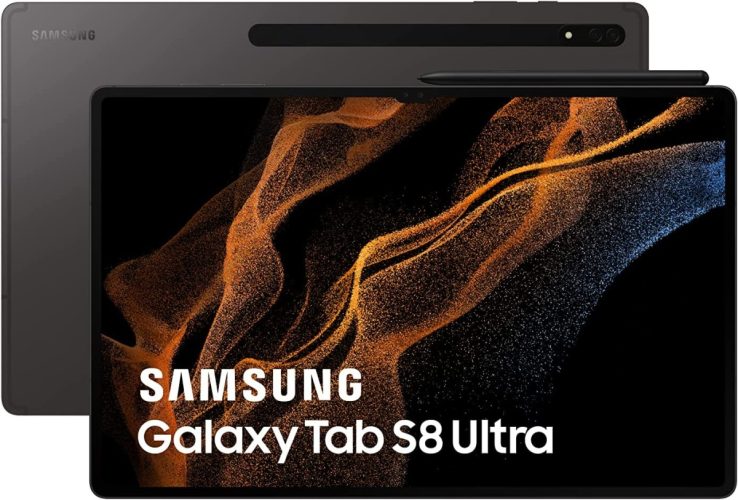 It looks like all three models will be powered by Qualcomm’s new Snapdragon 8 Gen 1 processor, which should bring a significant performance boost (although the decision not to use Samsung’s own Exynos 2200 processor might be another indication that the company’s first chip with AMD RDNA 2 graphics isn’t ready for prime time just yet).

It looks like Samsung will also offer some models with up to 16GB of RAM, which is twice as much as last the previous-gen, an updated camera system, and optional support for 5G for all models.

Only the largest model supports up to 16GB of RAM and 512GB of storage, while tablets with smaller screens will top out at 8GB and 256GB. The Ultra also has dual front-facing cameras, while the others have just one.

Fun fact: to make room for those dual cameras, the Galaxy Tab S8 Ultra is also the only member of the lineup to feature a camera notch rather than a camera built into the bezel. Samsung seems to be subtly de-emphasizing that notch in promotional images by using wallpapers with dark color schemes.

All three tablets have high-resolution 120 Hz displays, but the entry-level model has an LTPS LCD display while the larger models will have Samsung Super AMOLED screens.

There’s no word on pricing or availability yet, but there’s a chance we may learn more about the tablets during a Samsung event scheduled for February 8, 2022. The company is expected to use that event to introduce its new Galaxy S22 smartphone series, but it’s possible the tablets could also make an appearance.

In the meantime, here are specs for the new tablets, according to WinFuture:

You can find more pictures of each tablet at WinFuture.

This article was originally published January 14, 2022 and last update January 2022 with new information from product listings at Amazon Italy.