The Samsung Galaxy Tab S7 Lite is an Android tablet with a 12.6 inch display, a Qualcomm Snapdragon 750G processor, 4GB of RAM, support for S-Pen input and optional support for 5G mobile data.

Samsung isn’t expected to officially unveil the tablet until its Galaxy Unpacked event on April 28, and it’s not expected to ship until June. But details about the upcoming tablet keep leaking. We first learned about it in February and now Evan Blass has shared more details plus high-resolution pictures in a post on Voice. 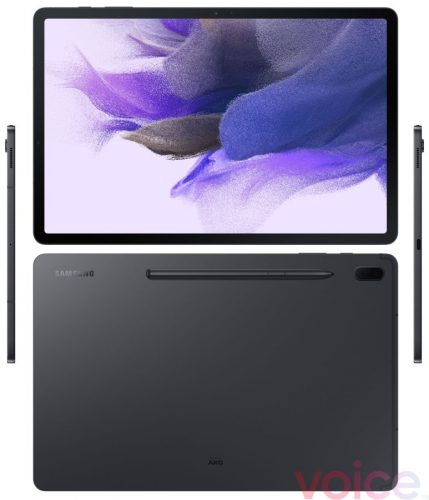 Samsung will likely position the new tablet as a more affordable alternative to the existing Galaxy Tab S7 and Galaxy Tab S7+ which both have 120 Hz displays and higher-performance processors and more memory than the S7 Lite. These tablets currently sell for $650 and up.

If you really want a budget tablet from Samsung, you’re probably going to be better off with the upcoming Galaxy Tab A7 Lite which is expected to feature an 8.4 inch display, a MediaTek Helio P22T processor, and 3GB of RAM. Samsung hasn’t officially launched that model yet either though. Maybe we’ll hear more about pricing and availability for all of Samsung’s new tablets (and laptops) later this month.