The Samsung Galaxy Tab S6 Lite is an Android tablet with a 10.4 inch display, S-Pen support, and a Samsung Exynos 9610 processor.

First introduced in April, the tablet is available for pre-order from several retailers including Amazon, B&H, and Best Buy and it’s set to begin shipping on May 29th. 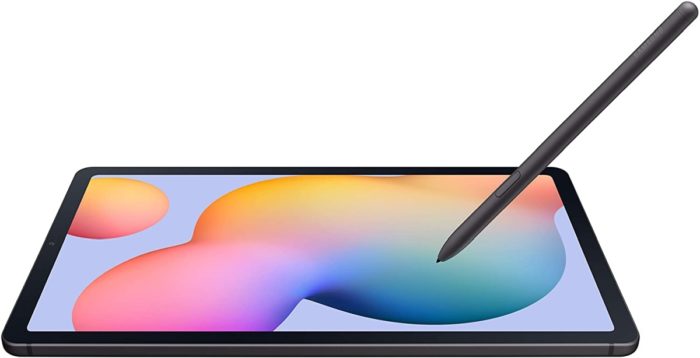 Positioned as a more affordable alternative to the Galaxy Tab S6, the Lite model isn’t exactly cheap — prices start at $350 for a model with 64GB of storage or $430 for a 128GB model. But the tablet is certainly cheaper than the original Galaxy Tab S6, which sells for $650 and up.

Samsung did make some trade-offs to cut the price by $300 though. The Lite model has an LCD display rather than AMOLED, a lower screen resolution, less memory and storage, less impressive cameras, and a less powerful processor. But the Galaxy Tab S6 Lite does have one feature its pricier cousin lacks — a headphone jack.