The Samsung Galaxy Tab S6 is a 10.5 inch Android tablet with the kind of specs you’d expect from a flagship phone… and then some.

It’s powered by a Qualcomm Snapdragon 855 processor, features at least 6GB of RAM and 128GB of UFS 3.0 storage, and sports a high-resolution display, dual rear cameras, and an in-display fingerprint sensor.

Unlike most phones, it also works with a Samsung S-Pen for pressure-sensitive input and Samsung sells an optional keyboard cover.

First unveiled in July, the Galaxy Tab S6 is now up for pre-order from Samsung and Amazon. 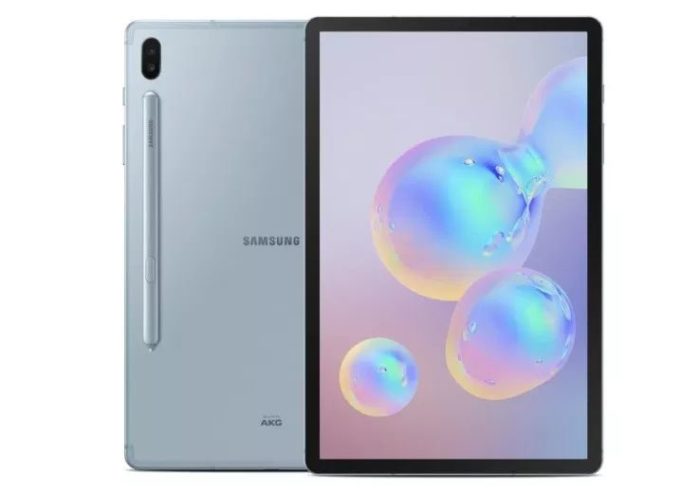 With a starting price of $650, this is one of the most expensive Android tablets on the market. But like I said, it has the specs of a premium smartphone and it’s clearly aimed at folks who might otherwise be considering an iPad Pro or Surface Pro, not a budget device like an Amazon Fire tablet.

Whether it makes sense to buy a premium Android tablet is an open question — there are millions of apps available for the operating system, but most are really designed for smartphones rather than for tablets or laptops.

That said, Samsung’s DeX software does make Android work a bit more like a desktop operating system by giving you a multi-window, desktop, and taskbar-like experience.

Here are some of the key specs for the Galaxy Tab S6:

Special features include the S-Pen, which is included in the price of the tablet and which attaches to the side of the Galaxy Tab S6 magnetically, and the aforementioned in-display fingerprint sensor.

The optional keyboard cover has a list price of $180, but Samsung is offering it for half price to customers who order a Galaxy Tab S6 by September 22nd.