Samsung continues to be one of the only companies cranking out premium Android tablets year after year… and 2019 is no different. The company has just unveiled a new tablet with a 10.5 inch, 2560 x 1600 pixel AMOLED display, a Qualcomm Snapdragon 670 processor, and a starting price of $400 for a model with 4GB of RAM and 64GB of storage.

It’s called the Samsung Galaxy Tab S5e, and it should be available in the US, Germany and other select markets starting in the second quarter of 2019. 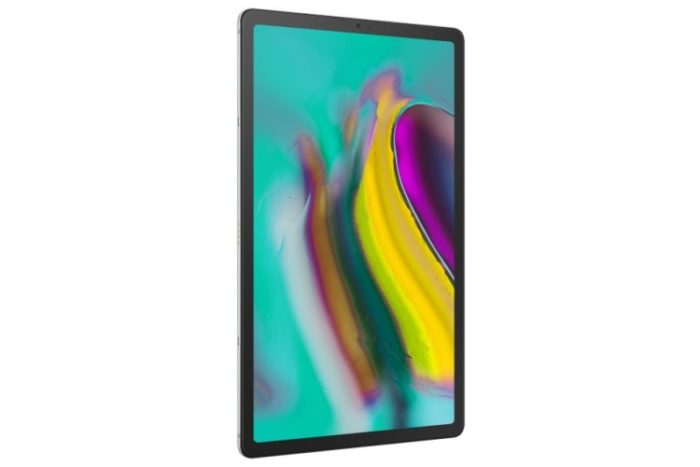 Measuring just 5.5mm (0.22 inches) thick, the Galaxy Tab S5e is Samsung’s thinnest Android tablet to date. But it still has a reasonably large battery: Samsung says you should get up to 14.5 hours of run time from the tablet’s 7,040 mAh battery.

The tablet also supports fast charging, so it won’t take long to top up the battery when it does come time to recharge.

The tablet supports 802.11ac WiFi and Bluetooth 5.0, has a fingerprint sensor, and a microSD card reader.

The tablet will ship with Android 9.0 Pie software.

While $400 would probably be a decent price for a smartphone with those specs, that’s still kind of a lot of money for an Android tablet. Samsung and Huawei are pretty much the only companies continuing to offer Android tablets that sell for more than $300.

Sure, these tablets have better displays, faster processors, and other premium features to help set them apart from budget devices like Amazon’s Fire tablet lineup or the latest entry-level devices from companies like Lenovo or Acer. But if you’re looking to spend $400 on a tablet, you could also be looking at an Apple iPad or Microsoft Surface Go.

One thing Samsung’s tablets do have going for them are support for the company’s DeX software that gives Android a desktop-style user interface when you connect a keyboard. But that keyboard is sold separately, so you’ll need to factor in the extra cost when considering whether you’d rather use a desktop-like version of Android… or a full-fledged desktop operating system like Windows (which is what you’d get if you opted for a Surface Go).