Samsung unveiled a new line of premium Android tablets in July, and now they’re just about ready to go on sale.

You’ll be able to purchase a Samsung Galaxy Tab S2 in the United States starting September 3rd… but you’ll need to pony up $400 or more because the Galaxy Tab S2 is one of the most expensive Android tablets on the market at the moment.

That’s not to say the tablets aren’t worth the price. It’s just that are generally used to paying lower-than-iPad prices for Android tablets. 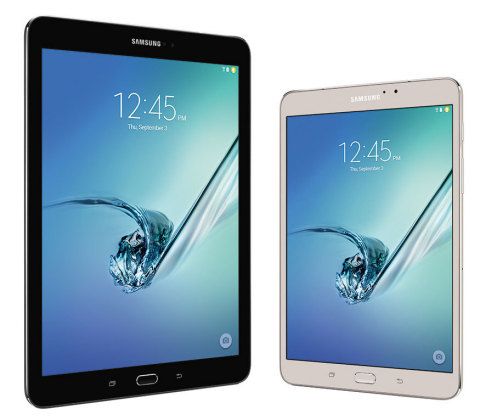 The Galaxy Tab S2 comes in two sizes: there’s a model with a 8 inch screen and a another with a 9.7 inch display. Both features 2048 x 1536 pixel Super AMOLED displays, 3GB of RAM, 32GB of storage and an octa-core processor.

Samsung will charge $400 for the 8 inch, WiFi-only model, and $500 for the 9.7 inch WiFI-only model. There will also be 4G LTE-capable versions available from AT&T, Sprint, Verizon, T-Mobile, and US Cellular.