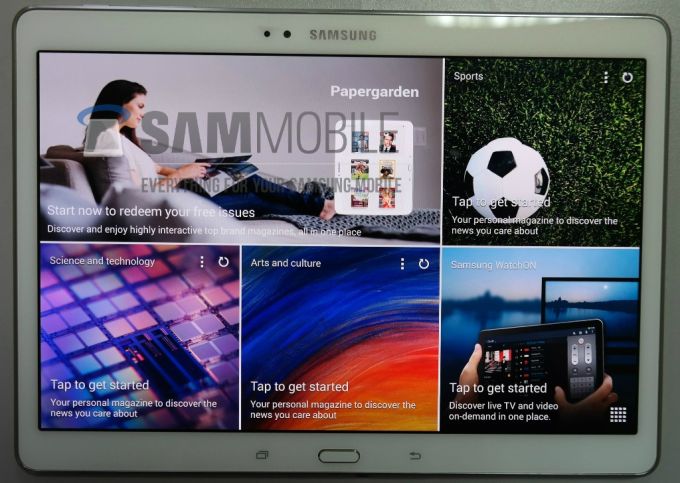 But the new model has a slightly larger display, and it’s expected to be one of the first devices to ship with a higher-than-1080p AMOLED screen. OLED displays have a reputation for offering vibrant, saturated colors with blacker blacks than most other types of color displays found on phones and tablets… although they’re not always among the easiest screens to view in direct sunlight.

SamMobile reports the home button below the screen will have an integrated fingerprint sensor that allows users to unlock the tablet securely or interact with other apps such as PayPal for making secure payments.

Instead of the fake leather texture found on Samsung’s recent premium tablets, the back of the Samsung Galaxy Tab S seems to have a perforated plastic finish a lot like the one found on the Galaxy S5 smartphone.

Samsung is also said to be developing a smaller, 8.4 inch Galaxy Tab S.